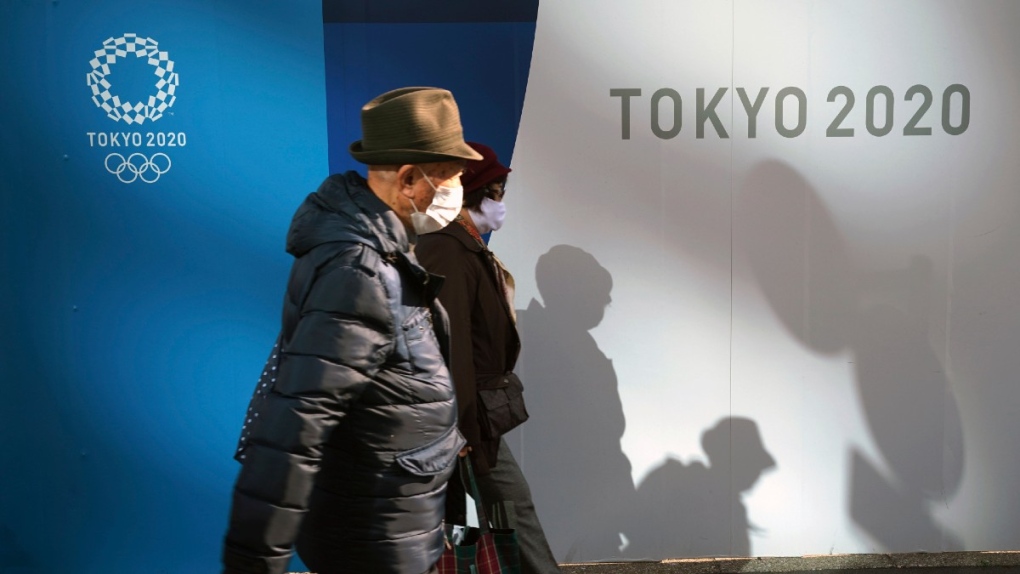 TOKYO -- Organizers of the delayed Tokyo Olympics have declined to confirm widely circulated reports in Japan that the costs of the one-year postponement will be about US$3 billion.

The estimates have been published in the last several days by some of Japan's top-circulation newspapers, the national broadcaster NHK, and the Japanese news agency Kyodo. All are citing similar figures and unidentified sources close to the games.

"We are in the process of assessing the additional costs associated with the postponement of the games due to COVID-19 and therefore are not able to comment on any details at this time," Tokyo organizers said Monday in a statement.

The statement did not challenge any of the reports.

The official cost of putting on the Tokyo Olympics is $12.6 billion. However, a government audit last year said it was probably twice that much. All but $5.6 billion is public money.

The $3 billion for the delay only adds to the totals. A University of Oxford study published early this year -- calculated before the postponement -- said Tokyo was the most expensive Summer Olympics on record and the meter is still running.

NHK and the Asahi newspaper on Monday said another 100 billion yen, about $1 billion, was needed for countermeasures against COVID-19. This could include the cost of vaccines, rapid testing, and countless precautions to guard against the coronavirus.

The reported cost of the delay because of the pandemic is in line with repeated estimates of between $2 billion and $3 billion in Japan over the last several months.

The organizers, the Tokyo metro government and the Japanese national government are expected to explain added costs in December and detail how they will be shared.

Organizers in October said they had found cost-savings of about $280 million by simplifying and cutting some frills from next year's postponed games. This was about 2% of the official costs.

The International Olympic Committee has said it would chip in about $650 million to cover some of the costs of the delay, but has offered few public details.

The Switzerland-based IOC is heavily dependent on revenue from selling broadcast rights, which account for almost three-quarters of its income.

The unprecedented postponement has put financial pressure on the IOC, national Olympic committees, and international sports federations that heavily rely on the IOC for sustenance.

The IOC and organizers have been campaigning over the last several months to convince sponsors and a skeptical Japanese public that the Olympics can be held safely in the middle of a pandemic.

Domestic sponsors in Japan have paid a record of $3.3 billion to organizers, but there are reports of some balking at further payments during the pandemic-caused economic slide.

The Olympics are to open on July 23, 2021, followed by the Paralympics on Aug. 24. They involve 15,400 athletes and ten of thousands of officials, judges, staff, VIPs, sponsors as well as media and broadcasters.

Kyodo reported last week that the Japanese government may require visitors from abroad to have private health insurance to cover costs from any COVID-19 complications.

IOC President Thomas Bach, who was in Tokyo a few week ago, has said a vaccine and improved rapid testing would help pull off the Olympics. But he cautioned they are not "silver bullets."

Athletes are expected to be closely monitored, held in quarantine-like conditions, discouraged from sightseeing and encouraged to leave as soon as they finish competing.

Some fans are expected at the events, but it is unclear if many fans from abroad will be allowed to attend.

Japan has controlled COVID-19 relatively well, but has seen a spike over the last several weeks in Tokyo and elsewhere. Tokyo set a one-day record for new infections on Friday with 570. About 2,000 deaths in Japan have been attributed to COVID-19.