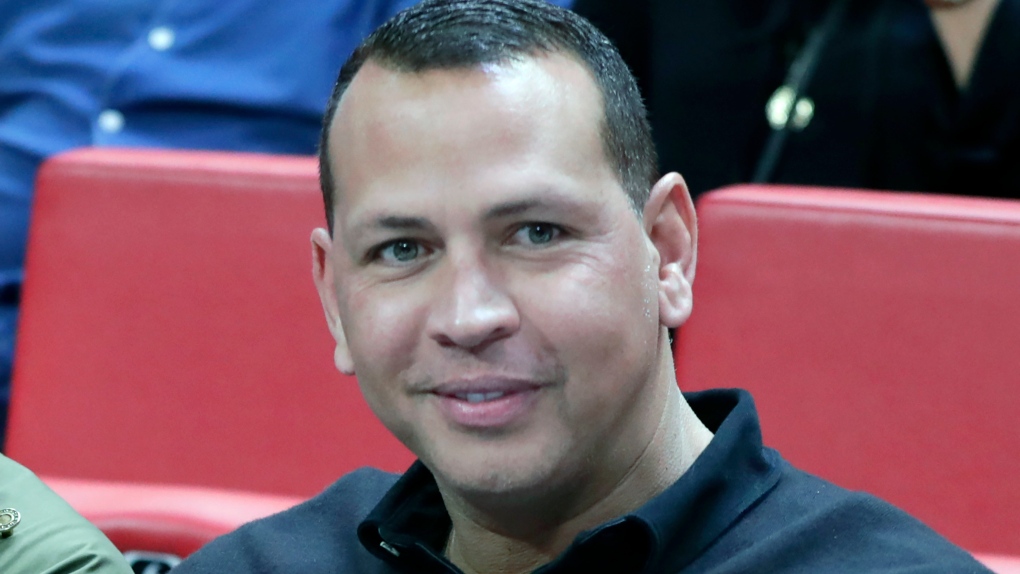 Alex Rodriguez sits court side during the first half of an NBA basketball game between the Miami Heat and Los Angeles Lakers in Miami, in this Friday, Dec. 13, 2019, file photo. Minnesota Timberwolves owner Glen Taylor has reached agreement on his $1.5 billion sale of the club. He's selling to e-commerce mogul Marc Lore and former baseball star Alex Rodriguez. The news was confirmed by a person with knowledge of the negotiation speaking on condition of anonymity because league approval was still pending. (AP Photo/Lynne Sladky, File)

The Minnesota Timberwolves and Lynx confirmed their sale on Friday to baseball great Alex Rodriguez and entrepreneur Marc Lore.

"Glen Taylor has reached an agreement with Marc Lore and Alex Rodriguez regarding the sale and future ownership of the Timberwolves and Lynx. The transaction will close following league approval, beginning the transition of ownership and a new chapter of Minnesota Timberwolves and Lynx basketball," the teams said in a news release.

ESPN reported that the purchase price is $1.5 billion and includes the Iowa Wolves of the G-League and T-Wolves Gaming.

The teams are expected to transfer to Lore and Rodriguez before the 2023-24 NBA season, per ESPN.

The Athletic reported that a condition of the sale was that the Timberwolves remain in Minneapolis.

Rodriguez attempted last year to buy the New York Mets along with former fiancee Jennifer Lopez, and Lore was among the other partners in that bid. Bloomberg reported Wednesday that Rodriguez and Lore also are pairing on a venture-capital firm.

Lore, a billionaire New York native, stepped down as Walmart CEO in January. The former entrepreneur created Jet.com (sold to Walmart for $3 billion) and Diapers.com (sold to Amazon for $545 million), among other business ventures.

Rodriguez, 45, was a 14-time All-Star and three-time MVP during his 22 seasons with the Seattle Mariners, Texas Rangers and New York Yankees. He ranks fourth all-time in home