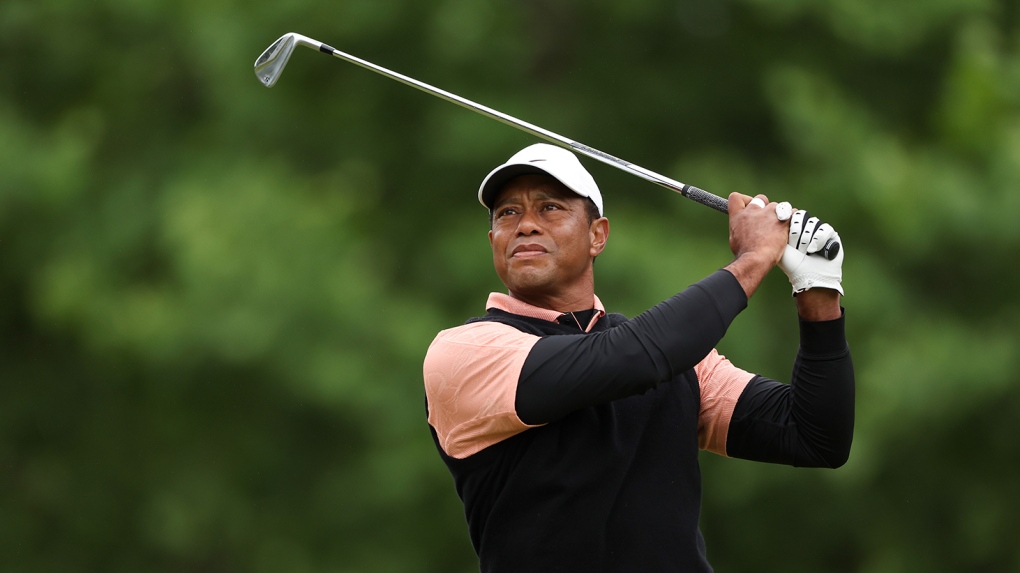 Woods plays his shot from the 14th tee during the third round of the 2022 PGA Championship. (Christian Petersen/Getty Images/CNN)

Tiger Woods has withdrawn from the 2022 PGA Championship after struggling in his third round, carding his career-worst score at the event.

The PGA Championship announced the 15-time major winner's withdrawal on Twitter after he shot a 9-over par 79 at Southern Hills Country Club in Tulsa, Oklahoma in his second major since an almost 17-month layoff after suffering serious leg injuries in a car crash in February 2021.

Woods made the cut on Friday by just one shot, showing glimpses of his excellence to qualify for the weekend.

But his injuries and the fatigue of playing 36 holes appeared to catch up with the 46-year-old on Saturday in cool and windy conditions.

He produced a long putt to save par on his first hole, but had to settle for a bogey on the second.

Things went from bad to worse on the par three 6th hole with a triple-bogey six, and it was the start of a bad run for Woods.

Over the next seven holes, he had six bogeys -- including a run of five straight -- before his first birdie of his round on the 15th.

He managed to narrowly avoid his worst ever score at a major -- 81 at the 2002 Open at Muirfield.

Woods was frank in his assessment of his game afterward, saying he "didn't do anything right" and "didn't hit many good shots."

"I just didn't play well. I didn't hit the ball very well, and got off to not the start I needed to get off to. I thought I hit a good tee shot down two and ended up in the water, and just never really got any kind of momentum on my side."

After the round, Woods wasn't concrete on whether he'd be completing the major.