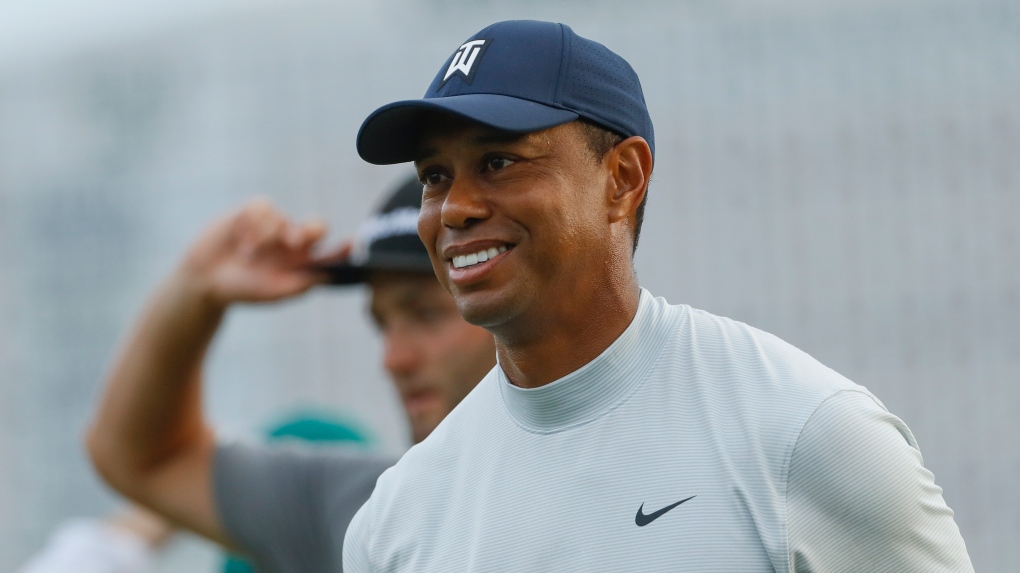 Tiger Woods smiles as he walks off the 18th green during the second round for the Masters golf tournament Friday, April 12, 2019, in Augusta, Ga. (AP Photo/Matt Slocum)

Four-time Masters champion Tiger Woods is still in contention to win his first major in more than a decade despite a peculiar incident in which a security guard at Augusta slipped on the rain-soaked course and nearly tripped him.

The nerve-wracking moment, which reminded some golf fans of a scene in the movie “Happy Gilmore,” happened after Woods hit a drive from the trees on the 14th hole that landed on the green.

Woods and the fans closest to him were following after the ball to see where it was going, when suddenly, a security guard ran over to hold the fans back, slipping on the wet ground and clipping Woods’ ankle as he fell.

In video of the incident, Woods can be seen hopping and limping, prompting worries that he may have reinjured his knee or back.

But soon after, he went on to sink the birdie.

After the round, Woods, who last won at Augusta in 2005, said that he was not injured.

“Accidents happen, we move on,” he said.

This security guard appears to materialize out of nowhere to slide into Tiger Woods’ foot pic.twitter.com/ADRWhjdQjK