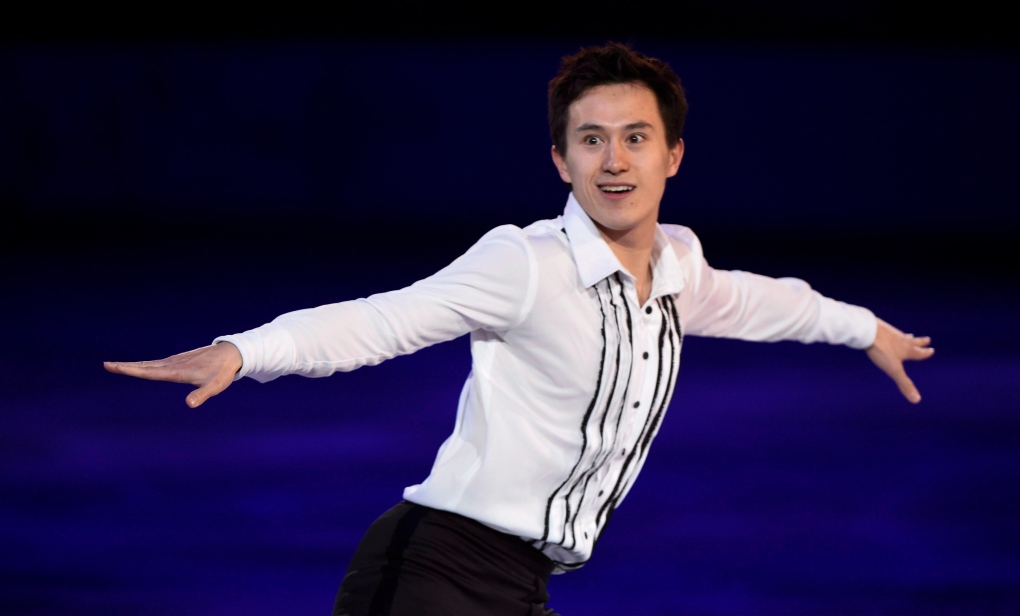 VAUGHAN, Ont. -- The moment Patrick Chan decided to rewrite his Olympic ending came at the closing ceremonies of the Sochi Games, during the ceremonial handover to 2018 host Pyeongchang, South Korea.

"I was thinking in my mind, 'I don't want this to end. I don't feel like this is a good ending,"' said Chan, who had finished a heartbreaking second to Japan's Yuzuru Hanyu days earlier. "End of chapter, yes. But I want to begin a new one."

Arriving tanned and rested from an eight-day surfing vacation in Costa Rica, the three-time world figure skating champion cracked the book back open this week, beginning to train for competition in earnest after taking last season off.

"It's fun, exciting," Chan said. "It's also scary on the other hand, it's a bit overwhelming."

He admitted to a minor meltdown when he first worked on his long program.

"It's just so hard, skating is getting so difficult now," he said.

And fitness-wise, despite looking fit and trim during Wednesday's practice with choreographer David Wilson, Chan said he's nowhere near in competition shape.

"Absolutely. Not even close to doing my short program or my long program, or even sections at this point," the Toronto native said. "I tried to keep up with my quads and my triple Axels on tour, but it was hard because it's a smaller ice and I was just having fun."

But Wilson, who's worked with Chan for years, said the 24-year-old returns to the sport a different skater than when he left it. Wilson explained that in a competition season, a skater might compete six or seven times. Chan, meanwhile, performed in about 40 shows around the world over the past year. So Chan's break wasn't really a break, but more a different kind of training.

"When you go from being an amateur, and then you're doing it professionally, and you're out there every night selling your goods to an audience and making those connections, that's an experience that's invaluable, that does change you," Wilson said. "It's in the eye contact, in the engagement with him doing every movement as if there's an audience there.

"You can see he's used to being in front of an audience so much more. There's more personal charisma that I didn't see before."

Chan will skate to Michael Buble's version of "Mack the Knife," for his short program, making use of skating's new rule allowing vocals. The program has elements of tap dancing in it, so he spent three hours a day for the past five days working in a studio with tap dancer Lucas Beaver. Chan showed off a video clip of his new tap dancing moves on Wednesday.

"It is one of the hardest things I've ever done, harder than taking hip hop or ballet," he said. "At least I can bring the feel and the style and the hands, the swagger, into the program."

He'll skate the same long program to Chopin that he performed in competition just once -- earning him a victory in the Japan Open last year.

Chan is looking forward to bringing a new approach to the sport he described as "very intense."

"That's how I felt the year of the Olympics, is intense: 'OK, quad, quad, triple Axel,"' he said. "And I forgot the things that David and I worked on, the things that made the program so great, and what made me such a great skater.

Had he chosen to retire, Chan said he'd be satisfied with his results that included seven national titles. He already has his hands in non-skating projects, including his icewine that he'll launch this weekend.

"So (my comeback) is all whipped cream and cherry on top at this point," he said. "I have great opportunities, so this is bonus for me, I'm young and healthy, so why not. Max it up."