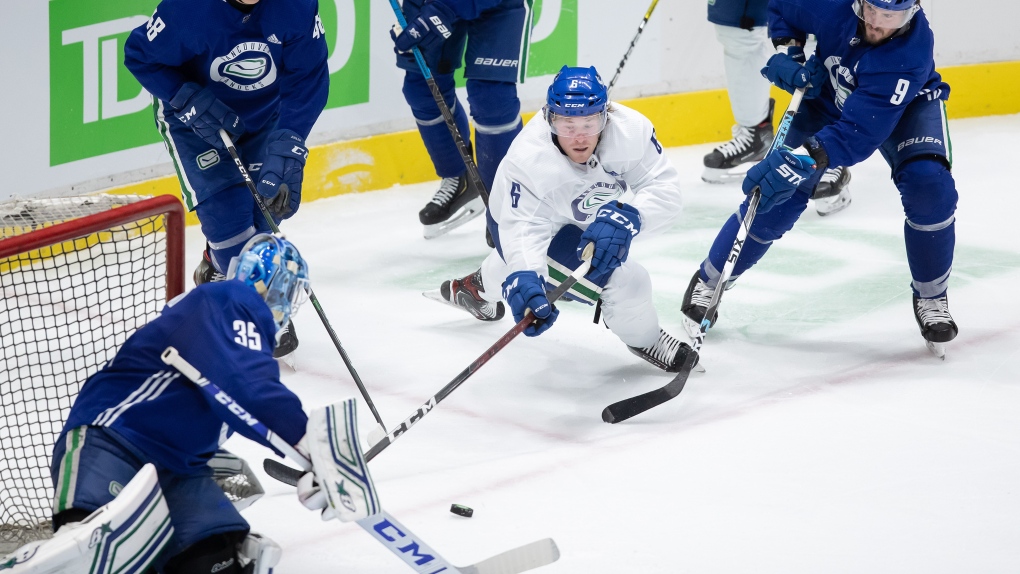 Vancouver Canucks' Brock Boeser, centre, dives for the puck in front of goalie Thatcher Demko (35) as Olli Juolevi (48), of Finland, and J.T. Miller (9) watch during the second day of the NHL hockey team's training camp, in Vancouver, on Tuesday, July 14, 2020. THE CANADIAN PRESS/Darryl Dyck

NEW YORK -- The NHL has unveiled further details on the schedule for its restart, with each team playing one exhibition game before starting qualifying round and seeding play in Toronto and Edmonton.

Two all-Canadian matchups are included on the first day of exhibition play, with the Maple Leafs facing the Montreal Canadiens in Toronto and the Oilers meeting the Calgary Flames in Edmonton on July 28.

The first exhibition game features the Pittsburgh Penguins against the Philadelphia Flyers in Toronto on July 28.

The Vancouver Canucks meet the Winnipeg Jets in Edmonton on July 29 as part of a six-game exhibition day.