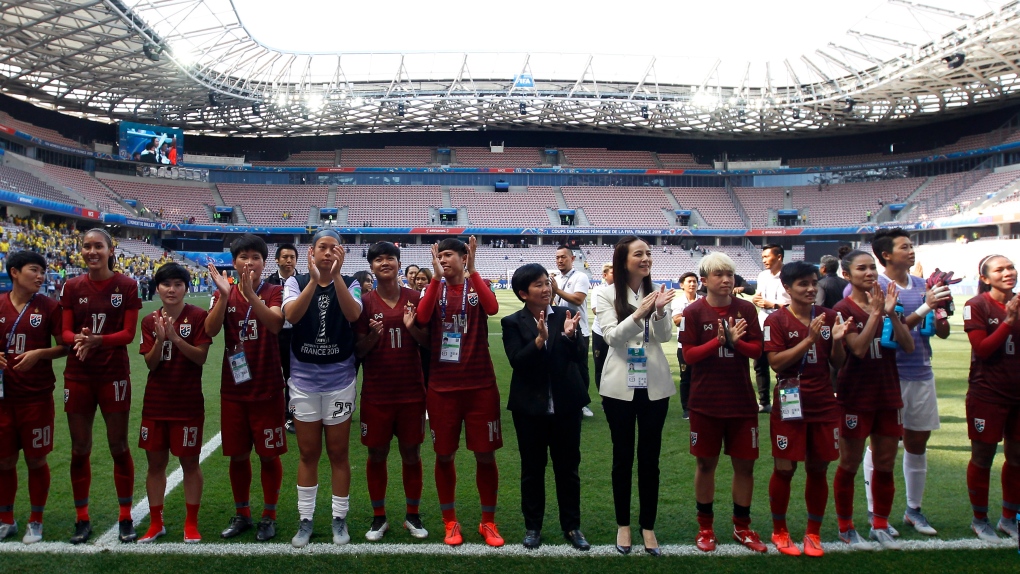 NICE, France -- Thailand finally found something to celebrate after a humiliating start to the Women's World Cup.

It was just a single goal, and it came in a 5-1 loss to Sweden on Sunday, but it was enough to briefly allow the Thai squad to celebrate. Thailand was routed 13-0 by the United States in its opener.

Sweden, which advanced into the round of 16 with the victory, led 4-0 when Thailand scored. Kanjana Sungngoen got on the end of a high ball and beat Sweden goalkeeper Hedvig Lindahl at her near post in the first minute of stoppage time.

The Thai players and coaches celebrated as if they had won the match.

Five different players scored for Sweden, and the last goal came from Elin Rubensson from the penalty spot on the final kick of the game after a video review.

The Thai squad bowed to its fans after the final whistle. The game had the smallest announced crowd so far at this tournament with only 9,354 fans in attendance for the Group F match in Nice.