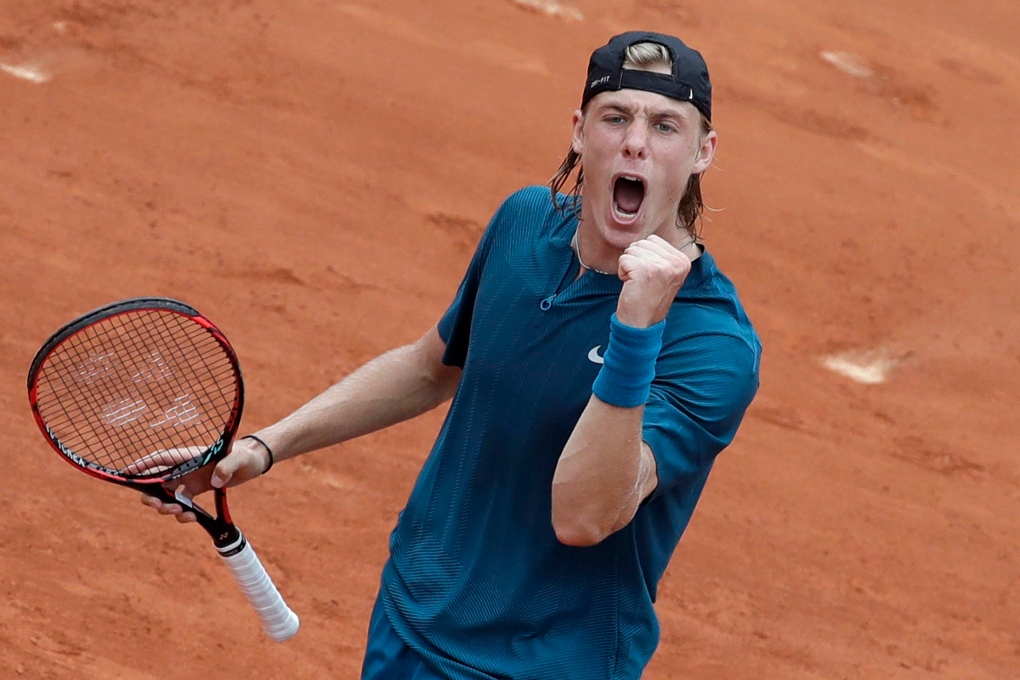 Canada's Denis Shapovalov celebrates his win over John Millman, of Australia, during their first round match of the French Open tennis tournament at the Roland Garros stadium in Paris, France, Tuesday, May 29, 2018. THE CANADIAN PRESS/AP-Alessandra Tarantino

Struggling to express what it's like to be a professional tennis player, Canada's Denis Shapovalov has found his voice in music.

The product of Richmond Hill, Ont., had his second rap single come out on Friday, a track in French and English featuring fellow ATP Tour player Corentin Moutet called "Drip." It follows "Night Train," a song about life on the road that Shapovalov released on Aug. 3.

"I feel like it's the best way to show people who you really are," said Shapovalov of his music. "Even now, my life is constantly on the move and I'm constantly travelling to different cities."

He moved up to 14th in the ATP singles rankings after reaching the quarterfinals of last week's U.S. Open in New York City. By Sunday he was in Rome, preparing for the Italian Open.

"Like I said in ("Night Train"), the grind doesn't stop," said Shapovalov. "I'm still working for a dream. From a young age it's been a grind and it just doesn't stop. It's just constant work so that was that was kind of the message of I wanted to get across with the song."

Shapovalov said he began writing down lyrics more than three years ago but now he's "constantly writing" wherever inspiration strikes him -- whether it's on a plane, in a car, or in his hotel room. He didn't have time to actually record anything, however, until the COVID-19 pandemic put a halt to the tennis season.

Stuck at home, Shapovalov built a recording studio and collaborated with producer DJ Mad Linx, who is also a tennis correspondent for ESPN, and had the track mastered by Luke Leveille, who has engineered for Drake.

"(DJ Mad Linx) is a good buddy of mine that I met on tour," said Shapovalov. "He does some DJing so he helped me produce it -- virtually, obviously, as it was during a pandemic.

"So we had a lot of a lot of FaceTime calls, Skype calls just talking about the song lyrics and what we want to put into it. It was definitely fun working with them."

Shapovalov, who said Oakland-based rapper G-Eazy is his biggest musical influence, was excited to do a track with Moutet. The French tennis player impressed Shapovalov with his ability to come up with lyrics quickly.

"I listened to some of Corentin's stuff. I was like 'man, this is sick,"' said Shapovalov on co-writing "Drip." "It would be cool if we just have like a song where we just flex a little bit and just do like an English, French, kind of vibe to it."

Shapovalov said he isn't sure when he'll have the time to record another song, but is excited to get back into the studio.

This report by The Canadian Press was first published on Sept. 18, 2020