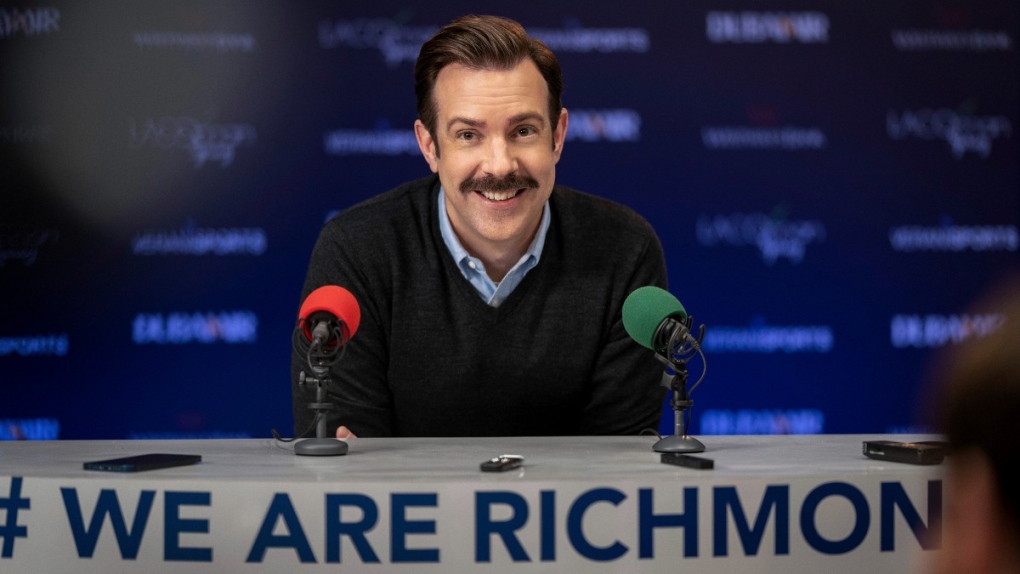 This image released by Apple TV+ shows Jason Sudeikis in a scene from "Ted Lasso." (Colin Hutton/Apple TV+ via AP)

Ted Lasso is now in the game. Electronic Arts and Warner Bros. Interactive Entertainment announced Wednesday that AFC Richmond, the team managed by the affable Lasso in the hit Apple TV+ series "Ted Lasso," will be available to gamers across multiple game modes in the upcoming EA Sports FIFA 23 video game.

A number of AFC Richmond items including kits, tifos, manager items and other content will also be available to unlock where applicable.

Gamers can also play Lasso, the unlikely American AFC Richmond manager portrayed by Jason Sudeikis, in charge of Richmond or any other team in career mode.

Players can also create their own manager or select a real-world licensed manager to take control of AFC Richmond, or create a player and join the AFC Richmond squad in a league of their choosing.

"I am truly fortunate, and deeply grateful, to have had many special moments in my career thus far, and I consider this experience among the best of them," Sudeikis said in a statement. "As longtime fans of EA Sports FIFA, having Ted Lasso and the whole AFC Richmond squad incorporated into the newest version of the game is truly a dream come true for myself and the rest of the fellows.

This report by The Canadian Press was first published Sept. 21, 2022.