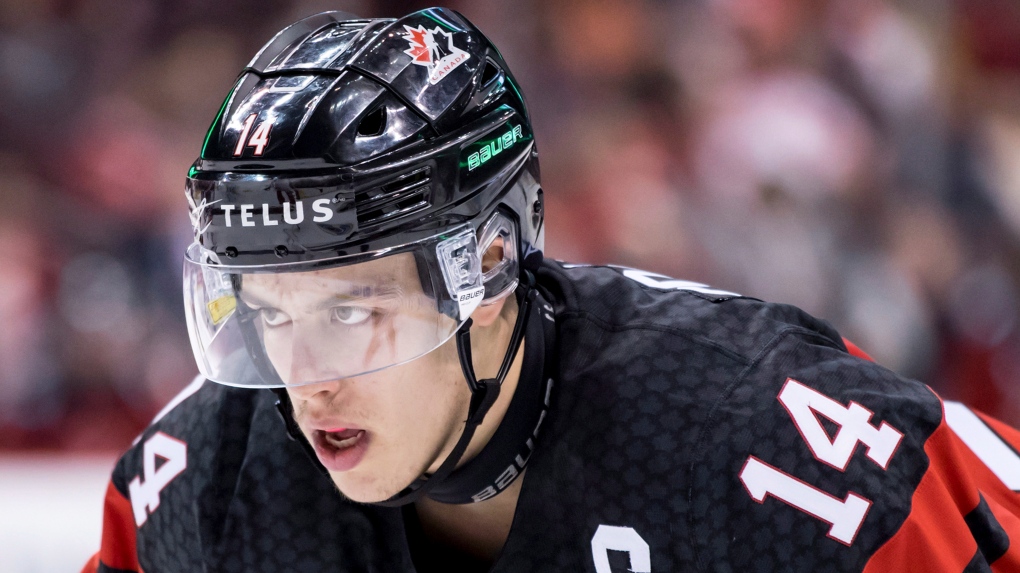 VANCOUVER -- Team Canada coach Tim Hunter says his team will have to improve their penalty kill and power play if they're going to continue winning at the world junior championship.

The Canadians remained undefeated after two games with 3-2 victory over Switzerland on Thursday, but they allowed a pair of power-play goals in the close win.

"Our guys were half asleep on (the penalty kill) and that's why they scored," Hunter said Friday morning.

Canada's penalty kill was ranked sixth in the tournament Friday below the Czech Republic and Russia -- two teams the hosts still need to face in the round-robin phase.

"I think the more that we work together, we'll start to work in a tandem and work as one," defenceman Ian Mitchell said. "It's definitely something we need to work on because at the end of the tournament, we can't be giving up power play goals like we have."

"These guys are still finding their way playing together, building that chemistry that the power play needs to click," he said. "And our power play will get better when it's needed."

Canada's power play was ranked fifth, capitalizing on just one of eight chances in their first two games. Sweden led the tournament heading into Friday's games with four power-play goals on 11 opportunities.

Defenceman Evan Bouchard said Canada is getting lots of good shots on the power play but hasn't been able to bury the puck consistently.

"I think we're getting the looks we want. I think eventually, with our skill, the puck will start going in the net," said the Edmonton Oilers prospect.

Still, it can be frustrating when the puck doesn't go in, Bouchard admitted.

"But it would be even more frustrating if we weren't getting chances," he said. "But we are, so I think it's going to come over time."

Despite winning their first two games, including a 14-0 rout of Denmark on Wednesday, the Canadian athletes know the hardest work is yet to come.

Hunter told his team after Wednesday's blowout that they aren't as good as their friends and families tell them they are.

"We weren't as good as a lot of people think we were in that first game. There's still definitely room for improvement," Bouchard said. "I think the biggest thing is to get better as the games go on. The games are going to get tougher and tougher."

Canada will battle the Czech Republic on Saturday, then line up against the Russians on New Year's Eve.

Both opponents boast numerous NHL prospects, including Czech right-winger Filip Zadina, who was taken sixth overall by the Red Wings at last year's draft, and Russian left-winger Grigori Denisenko, who the Florida Panthers snatched up 15th.

The Canadians have a lot of little things to clean up as they move forward and play tougher teams in the tournament, Hunter said.

"(The players) believe they're good enough to win games, but they believe it takes everybody and they have to be consistent at it."