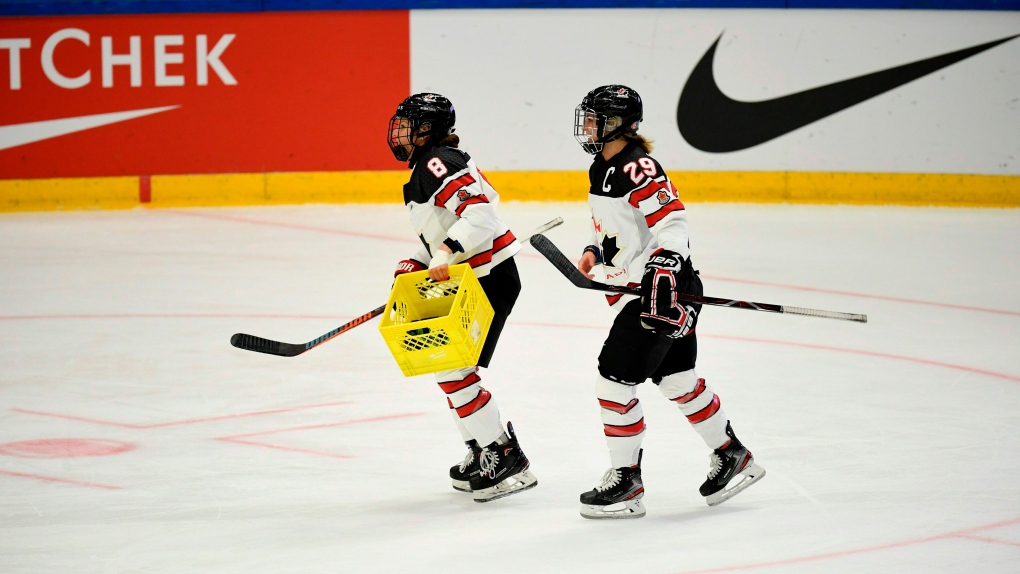 The Swedes moved into third place in Group B with four points behind the Czech Republic, in first with six, and Germany with five.

Japan has one point and promoted France is winless in three games.

Trailing 1-0 after one period, the Swedes got goals from Pernilla Winberg and Melinda Olsson in the second. Laura Escudero scored for the French.

Sara Grahn stopped 19 of 20 shots for the win in Sweden's net. Caroline Baldin was the busier of the two goalies with 38 saves.

The only other game on a quiet day at the championship was defending champion United States taking on Russia in Group A later Sunday.

After falling 3-2 to the U.S., the previous night, Canada had a day off before back-to-back games against Russia and Finland on Monday and Tuesday respectively.

Canada, Finland and Russia were tied with three points each behind the Americans with six atop Group A.

Switzerland was looking for its first points in the group stage heading into the game against the U.S.

All five countries in Group A and the top three in Group B play quarterfinal games April 11.

The semifinals are April 13 followed by medal games April 14.