That’s it for our Super Bowl live blog. For all the highlights -- from stunning plays to the halftime show with Bruno Mars -- you can read our coverage below.

Speaking of Mars, what did you think of his performance? Vote in our poll below.

The Seattle Seahawks win! Russell Wilson says his late father taught him to believe in himself -- when they watched Super Bowl victories on TV, his father would say: “Russ, why not you?” That confidence certainly paid off tonight.

So how did those predictions work out? For the record, Madden NFL 25 predicted the Broncos would have a 31-28 overtime victory. Denver was also chosen by a panda in the Memphis Zoo (here’s the video, if you really want to see).

The Vince Lombardi Trophy is being walked down the field. Just over five minutes left in the final quarter.

If you got a Seahawks Super Bowl Champions tattoo in August – August! – would you be happy your gamble is paying off, or just relieved your friends can’t make fun of you?

Great selfie of Tim Connors, who got Seahawks Super Bowl champs tattooed on him in August pic.twitter.com/6h59CUgcgF

If you perform at the halftime show, looks like you get to watch from the sidelines. Must be pretty cold if they're wearing shirts and hats.

Seattle’s Doug Baldwin answers with another touchdown, care of a pin-point pass from Russell Wilson. They’ve been a devastating combination against Denver.

Finally! Peyton Manning fires a 14-yard pass to Demaryius Thomas who gets a touchdown, then the Broncos get a conversion. They’re on the board.

We’ve reached the fourth quarter. A small army of sports psychologists must be keeping the Denver Broncos motivated. If you’re Peyton Manning, what can you do at this point?

The Seattle Seahawks have Capt. Jean-Luc Picard on their side. No wonder they’re winning.

Jermaine Kearse intercepts a pass and gets a quick touchdown with just a few more minutes left in the third quarter.

It’s so much more fun to watch FOX when it’s someone else being blitzed & sacked! #SuperBowl

Broncos may not be in this but at 5:45 a.m. in Sochi some of our staff are hanging in there. #SuperBowl pic.twitter.com/CeI0YWrs0m

Really not a good time for Denver Broncos fans. Can Peyton Manning perform a miracle?

Saddest photo of the #SuperBowl just moved from @gettyimages pic.twitter.com/0kQudJJUrO

Unbelievable – Seattle’s Percy Harvin just ran 87 yards right into the Denver endzone for a spectacular touchdown. The Seahawks start the second half with another huge blow to the Broncos.

Bruno Mars takes over again with “Just the Way You Are” as fireworks explode over MetLife Stadium. Thousands of flashing lights in the stands, and not a single wardrobe malfunction. That’s it folks. What did you think of his performance? 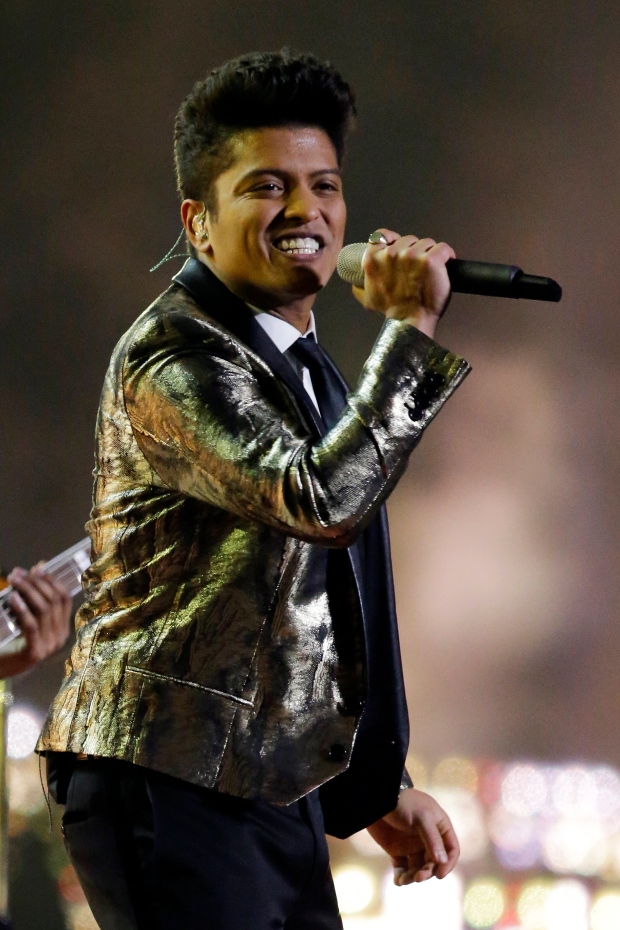 Bruno Mars channelling some James Brown dance moves as his performance shifts over to… the Red Hot Chili Peppers with “Give It Away.” And just like Mars went hatless, Anthony Kiedis and Flea are still avoiding shirts.

Bruno Mars – without a hat, if you were wondering – kicks off the show with an extended drum solo, before launching into his monster hit “Locked Out of Heaven.” So how will he compare to big-name halftime performers of previous years like Prince and Bruce Springsteen?

We’re at halftime, with Seattle leading 22-0 against Denver. While we wait for Bruno Mars and the Red Hot Chili Peppers, here’s a story on the pre-game entertainment – which included Queen Latifah, and also soprano Renee Fleming singing the U.S. national anthem.

Just when it looked like Peyton Manning was regaining control of what felt like a runaway train, his pass got intercepted and Seattle’s Malcom Smith, ball in hand, made it to the endzone.

If you’re curious about some of the big U.S. ads airing for the Super Bowl, you can watch some of them here.

If you're a fan of British actors and fast cars, look no further:

Denver finally gets a 1st down with about 10 minutes left in the second quarter.

Seattle’s Marshawn Lynch just barrels through the Denver defensive line for a touchdown -- the first of the game.

Interception! Denver’s Peyton Manning really getting pushed around by Seattle, and Seahawk Kam Chancellor gets the ball. Denver has yet to get a 1st down.

Russell Wilson really showing his skills, with a couple huge throws to Doug Baldwin, and almost finding Jermaine Kearse in the endzone. A field goal gets Seattle another 3 points.

Does this count as a Canadian connection to the Super Bowl?

Seattle gets a field goal for another 3 points. It was a 31-yard attempt by Steven Hauschka. Who knew they’d be the fast-scoring team?

Not that we want to obsess over Joe Namath's coat but...

for all you youngsters snarking on Joe’s fur coat, behold the vintage splendor…#superbowl pic.twitter.com/blRMOYdSi3

Quick start to the game with a safety as the Seahawks put 2 points on the board. That's probably the fastest in Super Bowl history.

Seattle Seahawks have won the coin toss. Denver will receive. (And if you’re wondering who was wearing that huge fur coat, it was hall-of-famer Joe Namath). 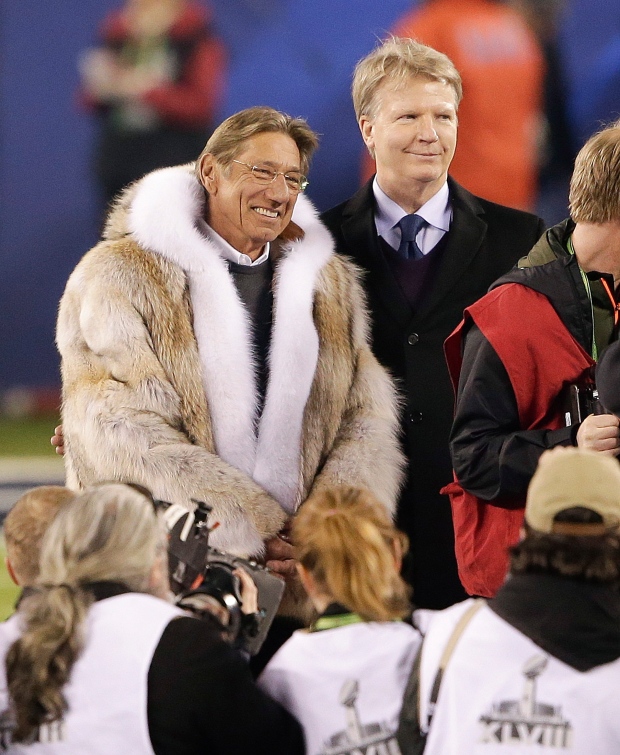 Queen Latifah just performed "America the Beautiful" as part of the pre-game entertainment. In 1967, it was Al Hirt, known for… the Green Hornet theme?

If the Seahawks hope to win, they have to slow down Broncos quarterback Peyton Manning. “We’ve got to hopefully get him out of rhythm,” Seahawks head coach Pete Carroll said less than 30 minutes before kickoff. But that could be tough. Peyton’s average time to throw is just 2.36 seconds. 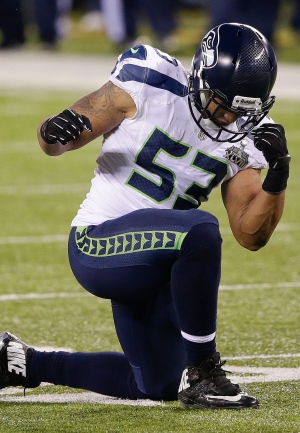 Fanfare and football in New Jersey for Super Bowl XLVIII