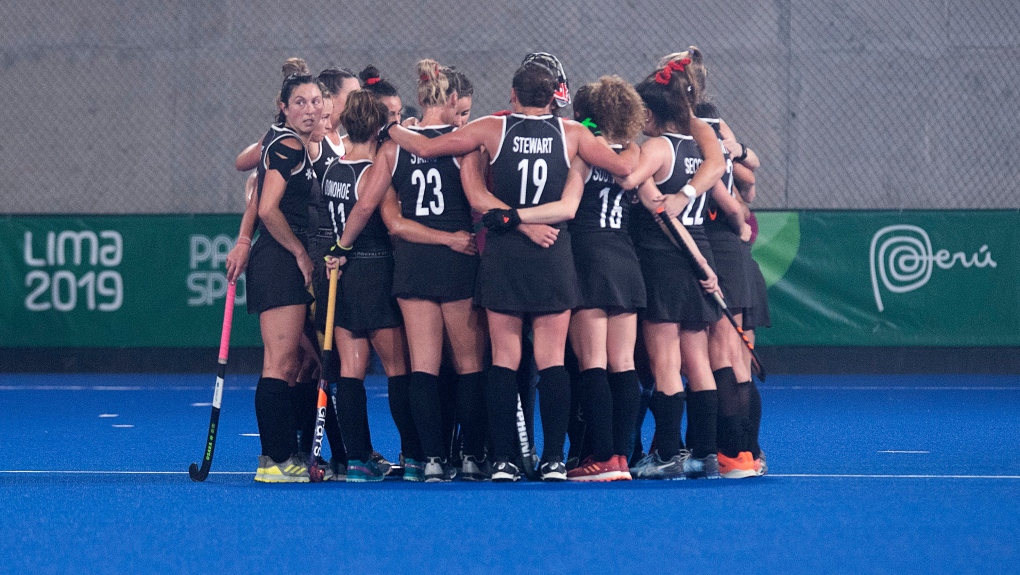 Canada's women's field hockey team huddles after their 5-1 loss to Argentina in the gold medal fgame at the Pan Am Games in Lima, Peru on Friday, Aug. 9, 2019. THE CANADIAN PRESS/Andrew Vaughan
POTCHEFSTROOM, South Africa -

Field Hockey Canada is asking for an exemption from the federal government to help bring its junior women's team home from South Africa.

The team is currently stuck in Potchefstroom, about 120 kilometres southwest of Johannesburg, because of shifting COVID-19 travel restrictions.

A statement from Field Hockey Canada says that athletes and staff have booked a flight out of Johannesburg on Dec. 8, transiting through Germany.

However, the national organizing body says the team will not be allowed to board the flight in South Africa because Canada is now requiring them to have a negative PCR test in a third country.

Field Hockey Canada says it has booked PCR tests in the German airport and arranged for onward connecting flights around the projected testing times.

The organization says that Lufthansa Airlines told the consulate in Germany that they will not board any Canadian in South Africa as they do not meet the rules for onward travel.

Field Hockey Canada is asking the federal government to allow its group to transit through Germany and onto their Canadian flights without additional testing.

It says the athletes and staff will test in South Africa the day before departure and adhere to arrival requirements in Canada.

The Junior World Cup was scheduled for Dec. 5-17, but cancelled last Thursday. Because of the Omicron variant of COVID-19, most commercial flights in and out of South Africa were suspended, leaving the players and staff without immediate travel home.