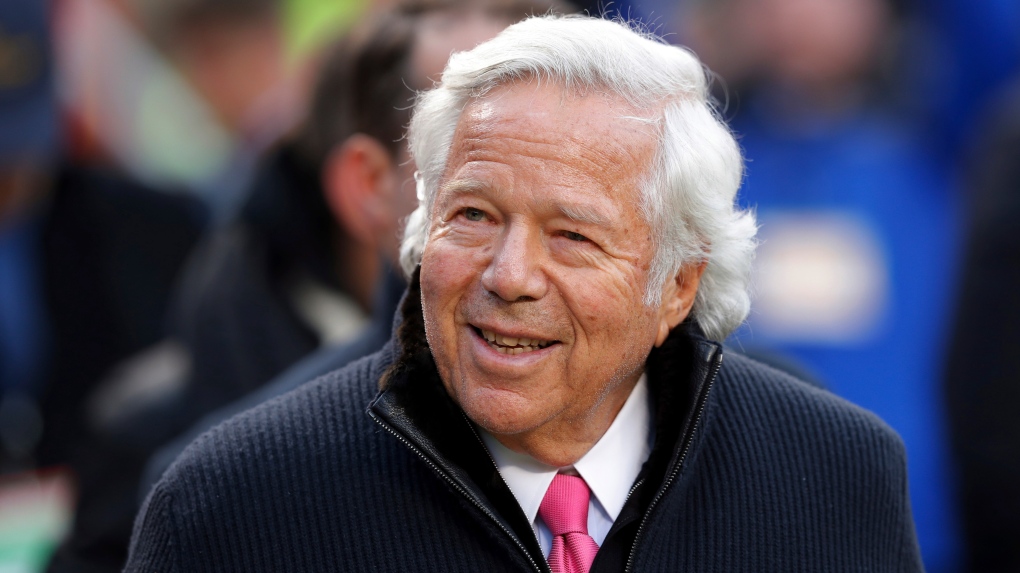 BOSTON -- Attorney General Maura Healey renewed her call on Tuesday for passage of legislation that would license and regulate massage therapists and bodyworks in Massachusetts, in the aftermath of allegations that New England Patriots owner Robert Kraft paid for sex at a massage parlour in Florida.

Healey, a Democrat, said she found the charges against Kraft to be "deeply troubling and disturbing," and expressed confidence that authorities would "do their job" in prosecuting the case.

Kraft is among hundreds of men accused as part of a crackdown on prostitution allegedly occurring in massage parlours in Florida. He faces two misdemeanour counts of soliciting prostitution and has denied wrongdoing.

Police said Kraft was videotaped in Jupiter, Florida, engaging in a sex act on Jan. 19 , then returned to the establishment the following day before flying to the AFC championship game in Kansas City.

Healey, who says her office has prosecuted dozens of sex trafficking cases, is among sponsors of a bill that would mandate rules and regulations for Massachusetts businesses that offer massage and bodyworks and establish a code of ethics for the profession. The measure, filed prior to the Florida case involving Kraft, would create a seven-member licensure board, including one member from law enforcement with a background in human trafficking investigations.

"This is not a victimless crime," Healey said of prostitution during her monthly "Ask the AG" program Tuesday on WGBH-FM. "At the other end there is always someone's mother, daughter, sister, and they don't want to be there."

In one recent case prosecuted by the state, Healey's office won human trafficking and money laundering convictions against a Medford woman accused of using massage parlours as fronts for human trafficking, and of bringing women to the state to engage in prostitution. Xiu Chen, 38, was sentenced in December to five years in prison.

The attorney general and Kraft have worked together in the past on issues related to sexual violence.

In 2015, Healey and the New England Patriots Charitable Foundation partnered to launch Game Change, an educational program focused on encouraging healthy relationships among adolescents and preventing dating violence and sexual assault. She and Kraft hosted an annual student leadership event for the program at Gillette Stadium last October.

Republican Gov. Charlie Baker on Tuesday said he was shocked and disappointed to hear of the allegations against Kraft, while adding that cracking down on sexual exploitation and trafficking has been a high priority for his administration.

Baker, who attended the Patriots' Super Bowl victory in Atlanta last month, declined to offer an opinion when asked if he thought Kraft should step aside from direct control of the team.

"I think that's an issue for the Patriots and the NFL," he said.