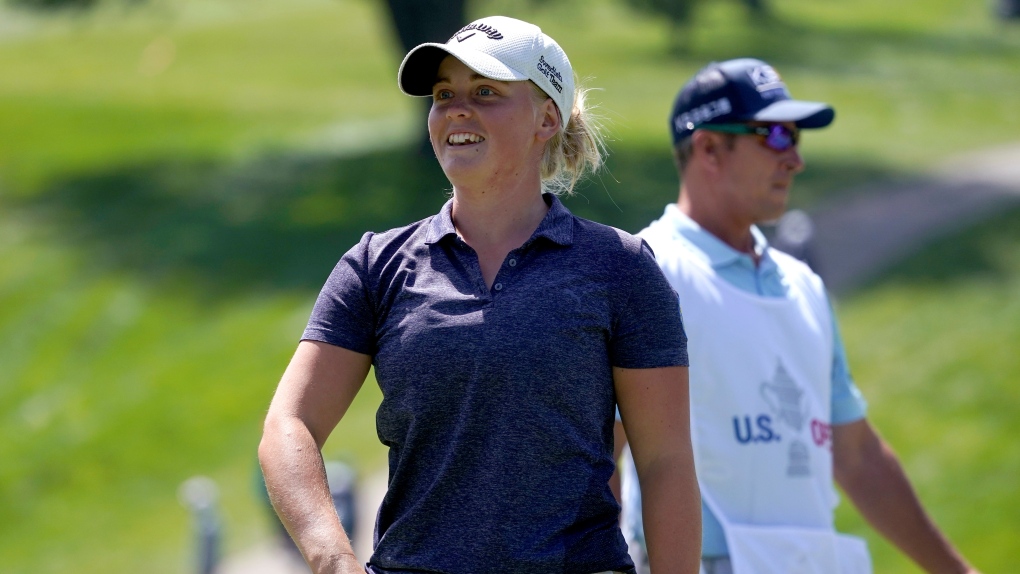 Maja Stark, of Sweden, smiles after her putt on the sixth green during the third round of the U.S. Women's Open golf tournament at The Olympic Club, Saturday, June 5, 2021, in San Francisco. (AP Photo/Jeff Chiu)
BALLYMENA, Northern Ireland -

Maja Stark of Sweden closed with a 10-under 63 on Sunday and won the ISPS Handa World Invitational for her third victory this year on the Ladies European Tour, and this one with an additional perk.

The tournament is co-sanctioned with the LPGA Tour, giving the former Oklahoma State star access to join the LPGA.

Stark started the final round two shots behind Amanda Doherty and quickly seized control with a 31 on the front nine at Galgorm Castle. She had nine birdies through 14 holes and turned a tight race into a rout.

Stark finished at 20-under 271, five shots clear of Allisen Corpuz, who closed with a 68.

The tournament was held at Galgorm Castle and Massereene, played concurrently with an official European tour event. The men and women competed separately but for the same prize fund, with Stark collecting a career-high $225,000 from the $1.5 million purse.

Stark won two times on the LET late last year. She was runner-up (and low female) in the Asian Mixed Stableford, and then captured the Women's New South Wales Open and the Amundi German Masters.

The 22-year-old Swede had the option of taking immediate LPGA membership or waiting until 2023 for her rookie year. The LPGA Tour has nine tournaments left on its schedule before the season-ending CME Group Tour Championship in November.