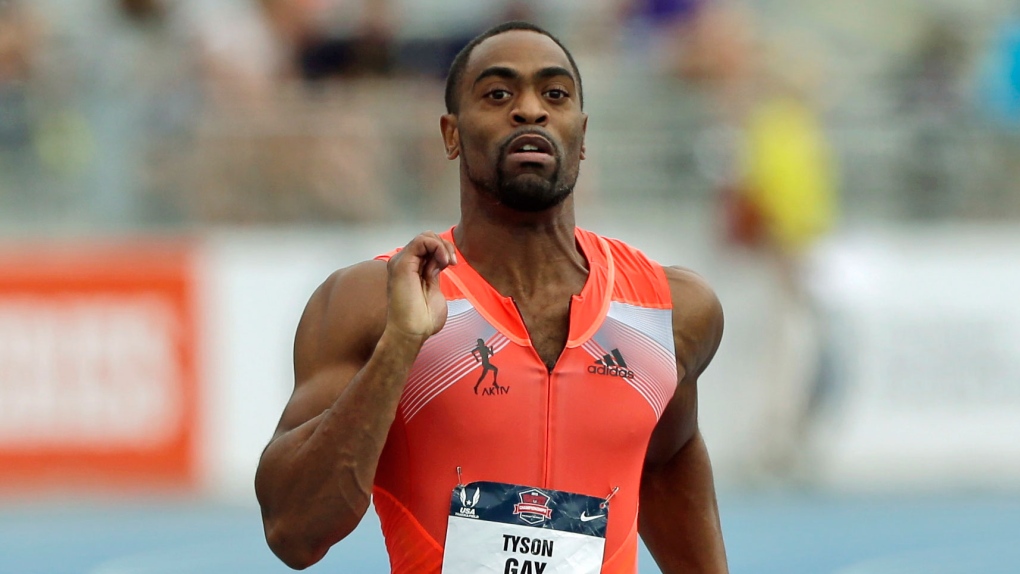 LEXINGTON, Ky. -- The 15-year-old daughter of Olympic sprinter Tyson Gay was fatally shot in the neck, authorities and the athlete's agent said Sunday, and police have arrested a man in connection with the shooting.

Trinity Gay died at the University of Kentucky Medical Center, the coroner's office for Fayette County said in a statement. The athlete's agent, Mark Wetmore, confirmed in a text message to The Associated Press that Gay's daughter had died.

Police on Sunday evening announced that Dvonta Middlebrooks, 21, was arrested and charged with wanton endangerment and possession of a firearm by a convicted felon. A statement said investigators determined that Middlebrooks was in the parking lot and fired multiple shots at the time of the incident.

Another man questioned by police has not been charged.

Lexington police said in a statement that officers went to the parking lot of a restaurant near the University of Kentucky campus in Lexington about 4 a.m. Sunday after witnesses reported an exchange of gunfire between two vehicles. Officers located one of the vehicles and stopped two people for questioning, the statement added.

Tyson Gay competed in the last three Summer Olympics. He was part of a team that won a silver medal in the 4x100-meter relay at the 2012 London Games though that medal was ultimately stripped after Gay tested positive for steroids in 2013.

Last summer's Games in Rio featured another stinging disappointment for Gay, 33, who has battled injuries. He was a member of the American men's 4x100-meter relay team that finished third in the final before being disqualified for an illegal baton exchange between Mike Rodgers and Justin Gatlin. The team's appeal was denied, giving Canada the bronze medal.

Fayette County Public Schools Superintendent Manny Caulk said in a statement that "Our hearts are broken this morning over the loss of Trinity to this tragic and senseless act of violence. Please join us in keeping the Gay family close in thought and prayer and supporting the students, staff, and families at Lafayette High during this unspeakably difficult time."

Grief counsellors will be at Lafayette High School on Monday for students and staff, Fayette school spokeswoman Lisa Deffendall added in an email.

The police statement didn't identify Trinity Gay by name, saying a juvenile who was struck at the scene was taken by private vehicle to the UK Hospital and later pronounced dead. Police were still searching for the second vehicle, police said, adding they are continuing to investigate.

A tweet from Kentucky High School Athletic Association Commissioner Julian Tackett tweeted that he was stunned: "Shocked to hear of death of Trinity Gay. A life of such potential cut so tragically short. Sympathies to Tyson and entire family."

USA Track and Field also tweeted, "Sending our thoughts & prayers to ΓåòTysonLGay & his loved ones as they mourn the tragic & senseless loss of his daughter, Trinity."

And NBA veteran Vince Carter of the Memphis Grizzlies tweeted his sympathy as well: "Many prayers up to ΓåòTysonLGay and his family"