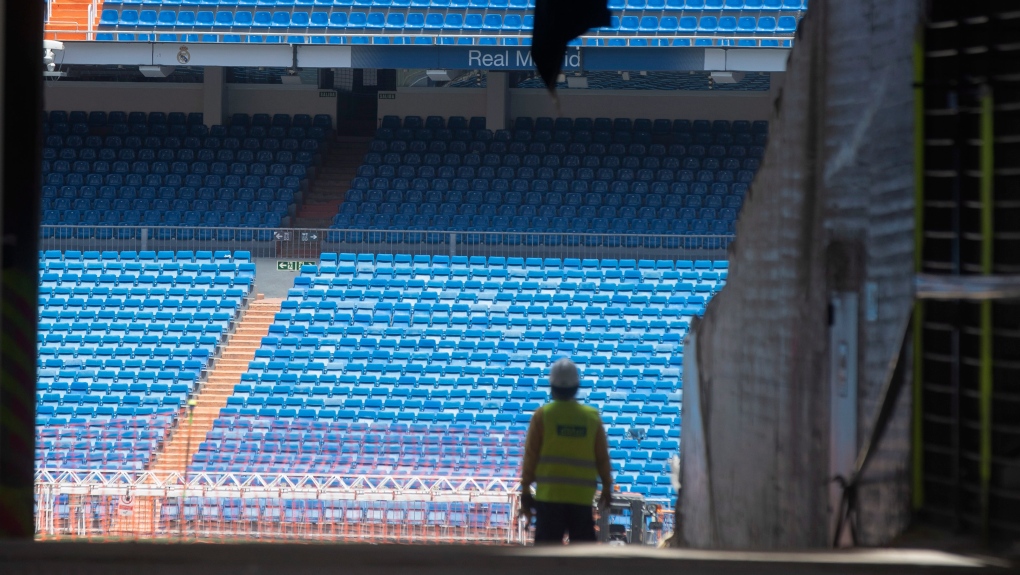 MADRID -- The Spanish league says full team training sessions will resume Monday, ahead of the first match to be played following the coronavirus stoppage.

La Liga said the government gave authorization on Saturday for squads to practice together. Until now, players had been limited to individual training before progressing to small groups.

The league, which has been on hold since March 12, will restart on June 11 when Sevilla faces Real Betis without fans. The 11 rounds remaining are due to be played until July 19, according to the government.

Barcelona leads Real Madrid by two points at the top of the table.