Spanish league secures US$3.2 billion in funds to help clubs 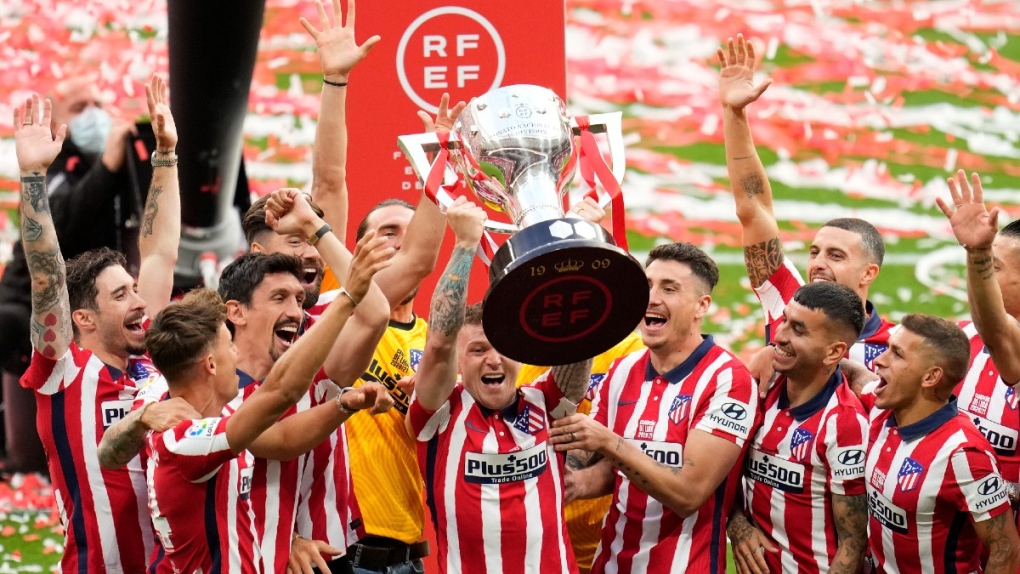 MADRID -- The Spanish league took a step toward cutting into the Premier League's global dominance on Wednesday, securing (euro)2.7 billion ($3.2 billion) in funding to boost its clubs' finances and increase revenue growth over the next few years.

The deal unanimously approved by the league's executive committee should increase the clubs' spending power and is expected to help Barcelona guarantee a new contract for Lionel Messi, who is yet to officially say whether he will remain with the club.

Real Madrid, which has often been at odds with the league and reportedly was against the deal, could also benefit by increasing its chances of signing Paris Saint-Germain star Kylian Mbappe, a longtime target for the club.

The strategic agreement with international investment fund CVC Capital Partners, being dubbed "Boost LaLiga," still needs to go through the league's general assembly, when a majority of the clubs from the first and second divisions must give their final approval.

"I think there could be one or two clubs that won't agree with it, but this is positive for soccer in general," Real Betis president Angel Haro told The Associated Press. "The clubs would be getting a very relevant amount of money to help improve the teams and the clubs' infrastructures in general. This makes the league stronger."

CVC used to own Formula One and recently bought a stake in rugby's Six Nations tournament. As part of the agreement with the Spanish league, the private equity firm would have a share of about 10% of the league's revenues and a stake of 10% in a new commercial entity that values the league at 24.2 billion euros ($28.7 billion).

The funding would allow the league to boost its growth and increase its global presence as it continues to try to catch up to the powerful Premier League, the world's richest soccer league. It envisages the agreement accelerating the competition's development into a digital entertainment company.

"This ambitious investment plan will provide LaLiga and the clubs with all the necessary resources to fulfil its transformation strategy to become a leading global player in the digital entertainment market, while at the same time bolstering the competition and transforming the experience of the fans," the league said in a statement.

It said CVC will not have control of the management of the competition, or the sale of its broadcasting rights.

The clubs would receive 90% of the funds, with 70% aimed at long-term structural investments. Some of the money would also go toward paying odd debts and increasing their spending limits on players and coaches.

The amount each club would receive is based on the average revenue of audio visual rights that they earned over the last seven years, since the league started selling the rights collectively.

The funds would be distributed over a three-year period but were expected to immediately start helping the clubs as they struggle amid the coronavirus pandemic.

"It was a very complex year for all the clubs," Haro said. "Obviously this will help reduce debts and improve the clubs' finances."

Real Madrid and Barcelona were among the clubs with heavy losses because of the pandemic.

Barcelona reportedly already has a deal to extend Messi's contract but it was struggling to fit his salary -- even with reductions reportedly accepted by the player -- into the league-controlled salary cap.

Madrid also had to significantly reduce spending, and it recently did not renew the contract of veteran captain Sergio Ramos, who joined PSG. Its chances of signing Mbappe would greatly increase if the new funds became available.

Madrid and Barcelona have won the league 15 times in the last 17 seasons, with Atletico Madrid succeeding in 2014 and this year.