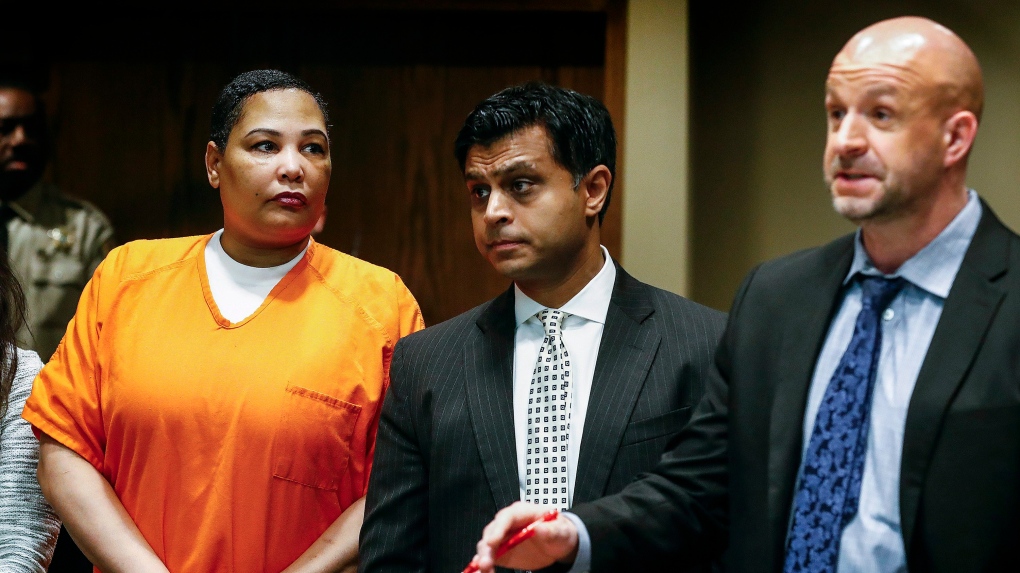 Lorenzen Wright's ex-wife will not be granted early release from a 30-year prison sentence she received after pleading guilty to plotting the retired NBA player's 2010 slaying, the Tennessee Board of Parole said Monday.

The board voted to deny parole for Sherra Wright, who entered a guilty plea in July 2019 to facilitation of first-degree murder in her ex-husband's killing. The decision was reached after three of seven board members agreed to deny her release based on the seriousness of her offense, board spokesman Dustin Krugel said in an email to The Associated Press.

Sherra Wright appeared at a parole hearing May 11 at the prison in Nashville where she is being held. Wright said she has done well in classes she is taking from prison and has a support system to help her when she is released. Two of her children gave statements on her behalf.

Among those speaking against her early release was Lorenzen Wright's mother, Deborah Marion. She said Sherra Wright should serve the full 30 years of her sentence.

Sherra Wright received the hearing based on her so-called "safety valve" date, which is the earliest possible release date for some inmates under an executive order regarding prison overcrowding. Tennessee's Department of Correction said she has received more than three years of credit related to her time served.

Board member Barrett Rich presided over the hearing and recommended that the board deny parole. Her next parole hearing is scheduled for May 2027.

Lorenzen Wright's slaying is one of the most highly publicized murder cases in Memphis history. His decomposing body was found riddled with bullet wounds in a swampy field in east Memphis on July 28, 2010. The 34-year-old father of six had been missing for days before his body was discovered.

Billy Ray Turner and Sherra Wright were indicted on first-degree murder charges in December 2017, more than seven years after the killing. She entered a surprise guilty plea on the lesser charge of facilitation of murder, but Turner claimed he was innocent and went to trial. He was convicted in March of first-degree murder and sentenced to life in prison.

A motive for the slaying was not made clear during the trial, though prosecutors said the killers were driven by jealousy and greed. Sherra Wright received US$1 million from her ex-husband's life insurance policy and settled a court dispute in 2014 over how she spent the insurance money meant to benefit their six children.