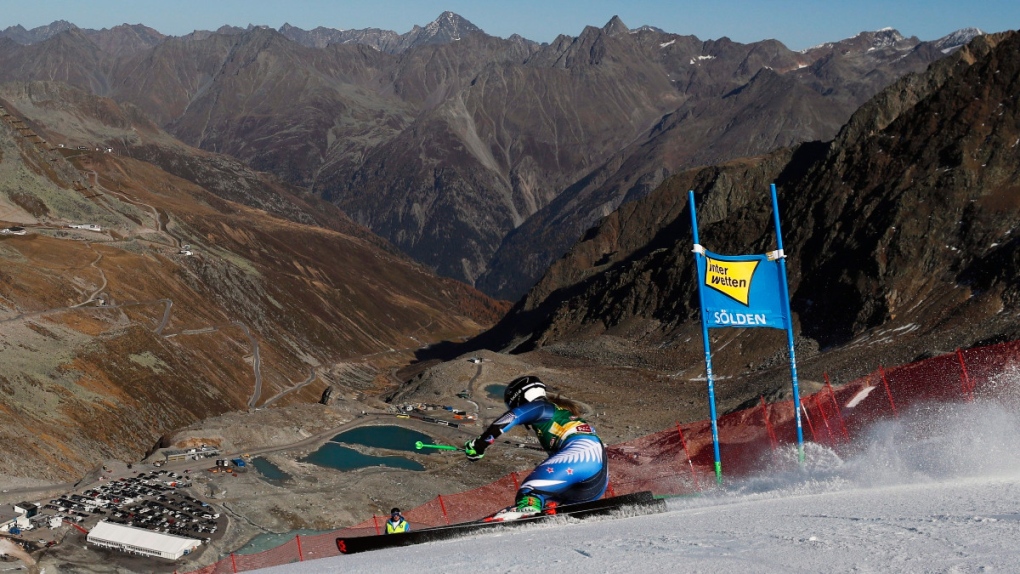 VIENNA -- The season-opening races of Alpine skiing's World Cup in October will be brought forward one week to avoid tourist crowds in the Austrian resort of Soelden and have the glacier reserved almost exclusively for the event.

The women's race has now been scheduled for Saturday, Oct. 17, followed by the men's race the next day, the Austrian ski federation said Wednesday.

According to the federation, the races "will be held without a large crowd regarding an optimal COVID-19 prevention."

The OeSV said that the International Ski Federation and host broadcaster ORF have both agreed to the move.

There is still a lot of uncertainty surrounding the new season, with most races scheduled in Europe and further stops planned in Canada, the United States and China, as travel restrictions could be a complicating factor for athletes as well as host venues.

The 2019-20 season was cut short in March as the final weeks were cancelled because of the virus outbreak, with Aleksander Aamodt Kilde scooping the men's overall title and Federica Brignone dethroning three-time champion Mikaela Shiffrin on the women's side.

The change of dates for the season-opener enables the Soelden organizers to create "the best possible safety environment" amid the effects of the pandemic, according to the Austrian federation.

"By moving (the races) forward, it will be possible to use the Rettenbachferner glacier area almost exclusively for the World Cup competitions, to separate the participants, officials and employees from tourists and to arrange the accommodation for the teams according to needs and regulations," the federation said.

Organizers would want "to ensure that everyone involved in the Ski World Cup has the best possible and safest conditions at the start."

The Alpine skiing World Cup season traditionally starts with a giant slalom for women and for men in the Tyrolean Alps.