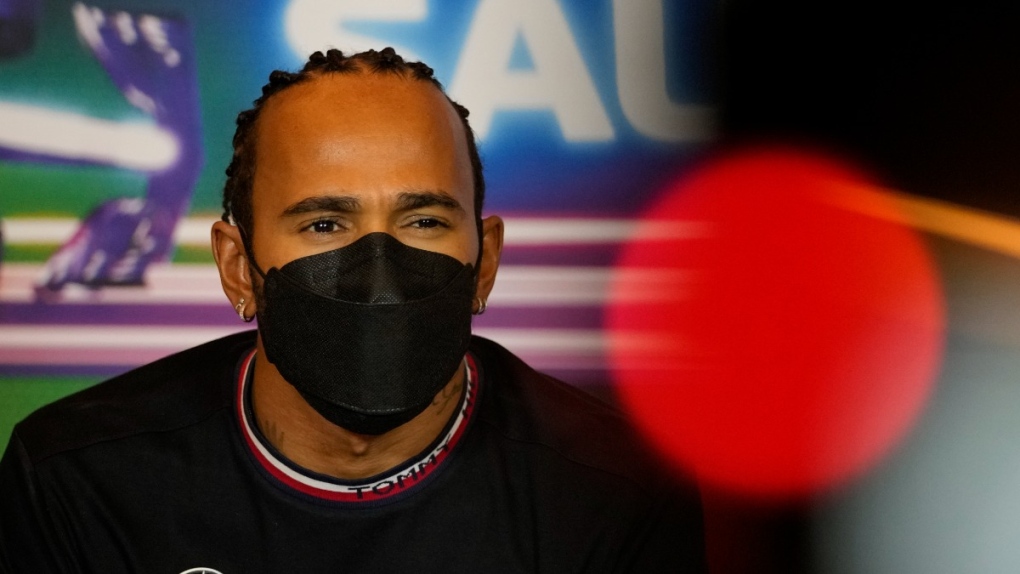 The sister of a man who was sentenced to death in Saudi Arabia is asking seven-time Formula One champion Lewis Hamilton to help save her brother's life.

Zeinab Abu Al-Kheir told The Associated Press in a telephone interview that Hamilton's declaration two weeks ago in Qatar that F1 is "duty bound" to raise awareness on human rights makes her think that he might be able to save her brother, Hussein Abu Al-Kheir. The spotlight of auto racing pivots to Saudi Arabia on Sunday when the kingdom for the first time hosts an F1 contest.

"Dear Lewis, I'm writing to you in the hope that can save my brother's life," Abu Al-Kheir wrote last week to Hamilton from her home in Canada, in a letter shared exclusively with the AP. "Just saying his name while you are in Saudi Arabia may be enough."

Asked about the letter during his pre-race news conference on Thursday, Hamilton said, "I'm not really sure which letter you're referring to, so I can't really comment on that one."

Saudi Arabia, for years one of the world's most prolific executioners, dramatically reduced the number of people put to death in 2020, following changes halting executions for non-violent drug-related crimes, according to the government's tally and independent observers.

With her younger brother jailed nearly 6,000 miles (about 9,700 kilometres) away in Tabuk, Saudi Arabia, Abu Al-Kheir said she hopes Hamilton might become a connection to powerful Saudis.

"A famous man like Hamilton can do something, he can talk with the prince (Crown Prince Mohammed bin Salman), the minister of interior or even with King Salman," Abu Al-Kheir said from her home near Ottawa. "People like Hamilton bring attention to the governments everywhere."

In her letter to Hamilton, shared exclusively with the AP by the legal action NGO Reprieve, Abu Al-Kheir says her brother, a 56-year-old Jordanian, was put on death row five years ago on drug-related charges.

She says the husband and father of eight was unwittingly used as a drug mule and when he was arrested, horrifically tortured. On his route from Jordan into Saudi Arabia for work as a driver, customs officers one day searched his car.

"For 12 days, my brother told the officers the truth: that he knew nothing about the pills," Abu Al-Kheir wrote in her letter. "They suspended him from the ceiling, upside down, and beat him on every part of his body. The torture was so severe that even a year later, we could see the marks. Eventually, he falsely admitted to trafficking the drugs."

Amnesty International ranked Saudi Arabia third in the world for the highest number of executions in 2019.

According to Reprieve, 392 people have been executed for non-violent crimes in the six years that King Salman and the powerful crown prince have ruled.

There was a significant drop in 2020 compared to an all-time high of 184 executions the year before. The drop resulted in part from a moratorium on death penalties for drug-related offenses.

"They said they have stopped the death (from) beheading since almost one year. But there is nobody who knows what they are doing (inside the prison)," she said.

Bahrain, Qatar and Saudi Arabia have been accused of "sports-washing" their human rights records by using high-profile sporting events to present a favorable image.

Human Rights Watch launched a campaign late last year to counter what it says has been an effort by the Saudi government to spend billions of dollars hosting major events as " a deliberate strategy to deflect from the country's image as a pervasive human rights violator."

The AP sent an email to government authorities seeking clarification on the death penalty and human rights.

"I tried all the ways to help my brother, to save his life," she told The AP. "I always give him hope, to see his kids and wife."

Hamilton has been a loud voice for human rights.

In July, he and four-time champion Sebastian Vettel spoke out against the Hungarian government's planned LGBT law referendum.

Hamilton had a rainbow on his Mercedes helmet in Qatar for the LGBTQ+ community. Two years ago, singer Nicki Minaj pulled out of a concert in Saudi Arabia to support women's rights and gay rights.

In Saudi Arabia, same-sex relationships are criminalized and can result in flogging or death sentences. Discrimination and persecution are common but it's rare to see individuals prosecuted.

Hamilton addressed the issue in his news conference Thursday

"If everyone's wants to take the time to go and read what the law is for the LGBTQ + community, it is pretty terrifying," Hamilton said.