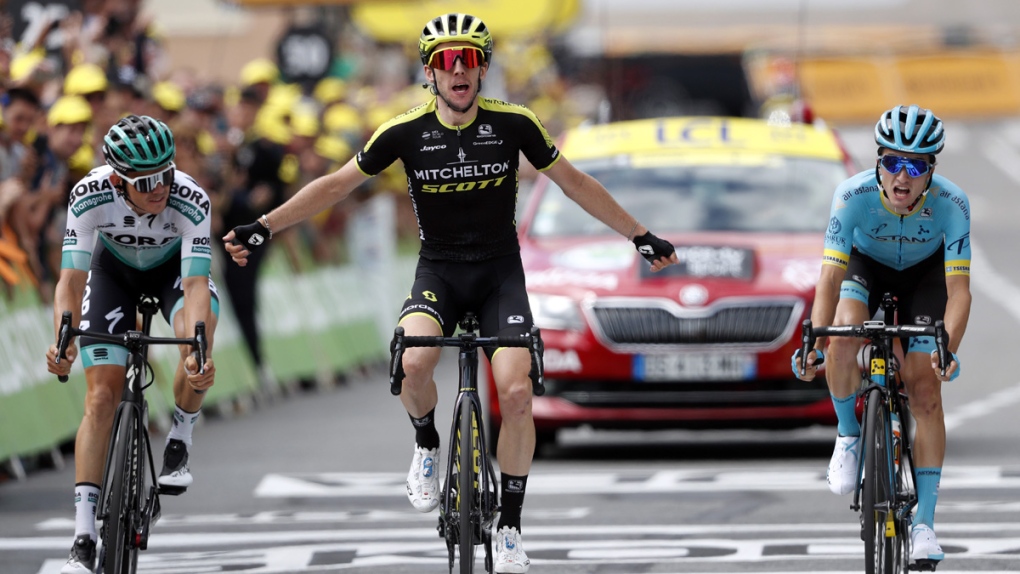 Yates, who won the Spanish Vuelta last year, launched a counterattack behind a group of fugitives in a downhill and was joined at the front by Gregor Muhlberger and Pello Bilbao.

The trio worked well together until the final sprint shaped up 200 metres from the finish line in Bagneres-de-Bigorre.

Yates launched the sprint and edged Bilbao for his first stage win at the Tour.

The main pack of favourites was lagging some nine minutes behind, with no major change expected in the overall standings.

Yates is working in support of his brother Adam at the three-week race and had been quite discreet so far.