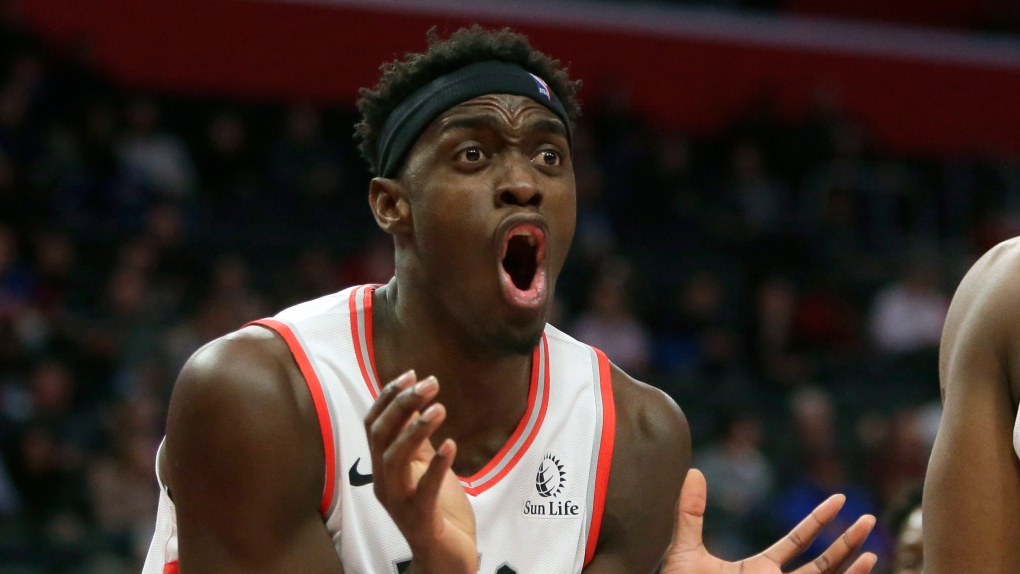 Toronto Raptors forward Pascal Siakam (43) reacts after being whistled for a foul against the Detroit Pistons during the first half of an NBA basketball game Wednesday, Dec. 18, 2019, in Detroit. (AP Photo/Duane Burleson)

TORONTO -- Pascal Siakam and Norman Powell were slated to start for the Toronto Raptors on Sunday against the visiting San Antonio Spurs.

Siakam and Powell returned after missing 11 games apiece -- Siakam injured his groin on Dec. 18 in Detroit, while Powell injured his shoulder in the same game.

Marc Gasol injured his hamstring in the same game, and isn't quite ready to return. The Raptors went 6-5 without the trio.

Raptors coach Nick Nurse said having Siakam and Powell back on the floor might be a "challenge."

"I think we've got to be careful with guys that haven't played in -- what -- a dozen games?" Nurse said. "I don't want to put 'em under too much duress. I'd probably like to have one rusty guy on the floor at a time."

Siakam is averaging 25.1 points and 8.0 rebounds a game this season, while Powell has averaged 14.4 points and 3.9 boards.

"I think the challenge for (Siakam) and for Norm or any of those guys is you've gotta maybe ease into it a little bit," Nurse said. "But it's hard to do in an NBA game because the intensity and the speed at which it's moving and all that stuff."

This report by The Canadian Press was first published Jan. 12, 2020.