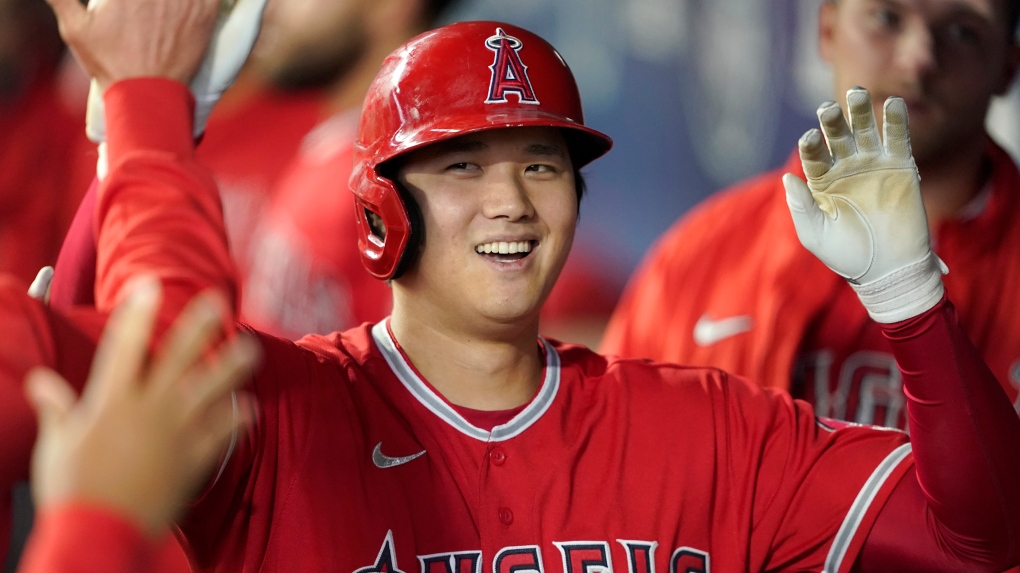 Los Angeles Angels' Shohei Ohtani is greeted in the dugout after he hit a solo home run during the first inning of a baseball game against the Seattle Mariners, Sunday, Oct. 3, 2021, in Seattle. (AP Photo/Ted S. Warren, File)
TOKYO -

"Shotime," as baseball star Shohei Ohtani is known in the United States, was named on Wednesday Japanese "buzzword of the year" for 2021 after he won one of U.S. baseball's top awards and lit up his home country that has been in the pandemic's shadow.

Ohtani, often compared to baseball legend Babe Ruth because of his ability to pitch and hit at an elite level, last month won the Most Valuable Player award for Major League Baseball's American League, becoming the second Japanese player to do so.

The MVP award prompted newspapers in Japan to hand out extras and Prime Minister Fumio Kishida to tell reporters he felt very proud of Ohtani's accomplishment.

The Japanese government floated the idea of presenting a prestigious national honour, the People's Honour Award, to Ohtani after he won the award but the Los Angeles Angels player declined, saying it was still "too early."

Besides "Shotime," "real two-way player," used to describe his versatility, was also chosen as this year's top buzzword by a committee of experts organized by Japanese publishing house Jiyukokuminsha.