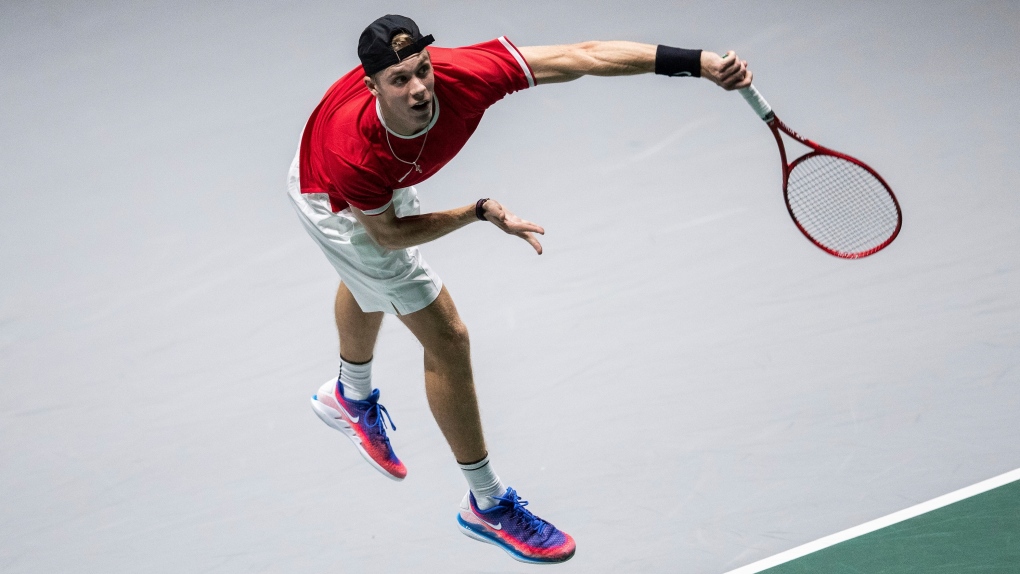 MADRID -- Canada is heading to the quarterfinals at the inaugural Davis Cup Finals after sweeping a pair of singles matches against the United States on Tuesday.

Shapovalov, ranked a career-high 15th in the world, finished off No. 32 Fritz with an ace.

"Canada's really in the best place it's been in tennis history," said Pospisil. "We have incredible young talents... and then some older guys, which I guess I can say I'm older now, myself now and Milos (Raonic).

"Right now we're on a run and we have tons of great players. It's just how it goes."

Later, Americans Sam Querrey and Jack Sock took the doubles match against Shapovalov and Felix Auger-Aliassime in a walkover.

Canada (2-0) has now clinched Group F after winning all four of its singles matches against the Americans and Italy. Canada has lost both doubles matches, with Shapovalov and Pospisil falling in three sets to Italy on Monday.

Seven of the nine sets in singles matches went to tiebreaks, with Canada winning six of them.

It was Canada's first win against the U.S., in 16 Davis Cup ties. Canada had a match record of 3-70 against the Americans entering Tuesday.

The 29-year-old Pospisil, from Vancouver, beat world No. 12 Fabio Fognini on Monday en route to Canada's 2-1 win over Italy. Pospisil was a late replacement against Italy for Montreal's Auger-Aliassime, who was recovering from an ankle injury.

The six-foot-11 Opelka, known for his big serve, fought off one match point against Pospisil in the second set to tie it at 6-6. But Pospisil rebounded to end it in two sets.

Pospisil, who reached a career-high No. 25 in the rankings in 2014, tumbled down the list after missing the first half of 2019 following back surgery.

But he has shown signs of progress in recent months, upsetting then-No. 9 Karen Khachanov at the U.S. Open before advancing to the round of 16 at the Shanghai Masters.

Playing a level down in Challengers earlier this fall, Pospisil captured two tournament titles in the U.S.

"To be honest, I just wanted to finish the year healthy, that was my goal when I came back," said Pospisil. "I mean, I had surgery in the lower back. I didn't know, I didn't even know if I'd be, like, get to this level. I mean, I was optimistic, but I'm just saying you never know, right?"

Shapovalov, 20, also has been on a roll. He captured his first career ATP Tour title at the Stockholm Open last month before reaching the final of the Paris Masters.

"I think the last two matches I've been able to really play well. Aside from struggling with the serve a little bit, I think off the ground, off the returns, I played really well and kept the form from Paris," said Shapovalov.

"So hopefully I can just keep that up and bring that into the quarters."

The winners of each of the six groups and the next two best teams advance to the quarterfinals. Canada will face either Belgium or Australia in the next round.