Sha'Carri Richardson returns from ban, finishes in last in 100 metres 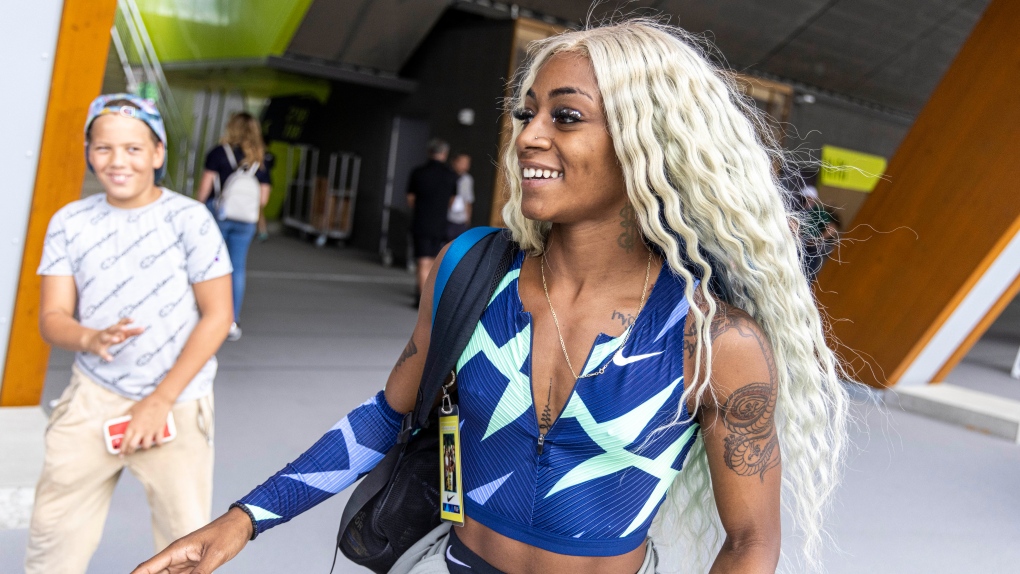 Sha'Carri Richardson finished in last place in the 100-metre dash in her return to the track Saturday at the Prefontaine Classic on Saturday in Eugene, Ore.

Richardson, 21, was suspended for 30 days for testing positive for a substance found in marijuana, which forced her to miss the Olympics.

She ran the 100 metres in 11.14 seconds during the nine-runner event. Olympic gold medalist Elaine Thompson-Herah of Jamaica won the race at 10.54 seconds.

Thompson-Herah's time was the second-best run in history behind Florence Griffith-Joyner's 10.49 seconds at the 1988 U.S. Olympic trials.

"It was a great return back to the sport," Richardson told NBC. "I wanted to be able to come and perform having a month off. ... Not upset at myself at all. This is one race. I'm not done. You know what I'm capable of."

Richardson was also scheduled to race in the 200 metres, but withdrew before racing in the 100 metres.