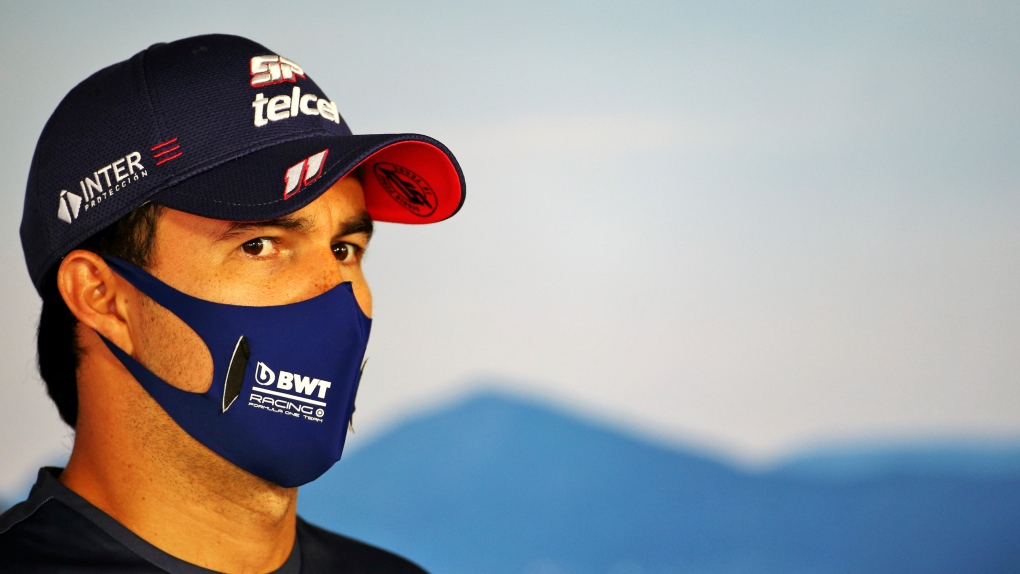 SILVERSTONE, ENGLAND -- Sergio Perez will miss a second Formula One race at Silverstone this week after again testing positive for the coronavirus.

The Mexican driver had hoped to return after spending seven days in quarantine, but his Racing Point team said Friday morning he had tested positive.

"He is physically well and recovering," the team said. "The whole team wishes Sergio and his family well and we look forward to his return."

That means German veteran Nico Hulkenberg again fills in for Sunday's 70th Anniversary Grand Prix after having also replaced Perez for the British Grand Prix at the same venue last week. Hulkenberg did not start that race because of an engine problem.

There are two consecutive weekends of racing at Silverstone as Formula One tries to pack in races following the pandemic-delayed start to the season.