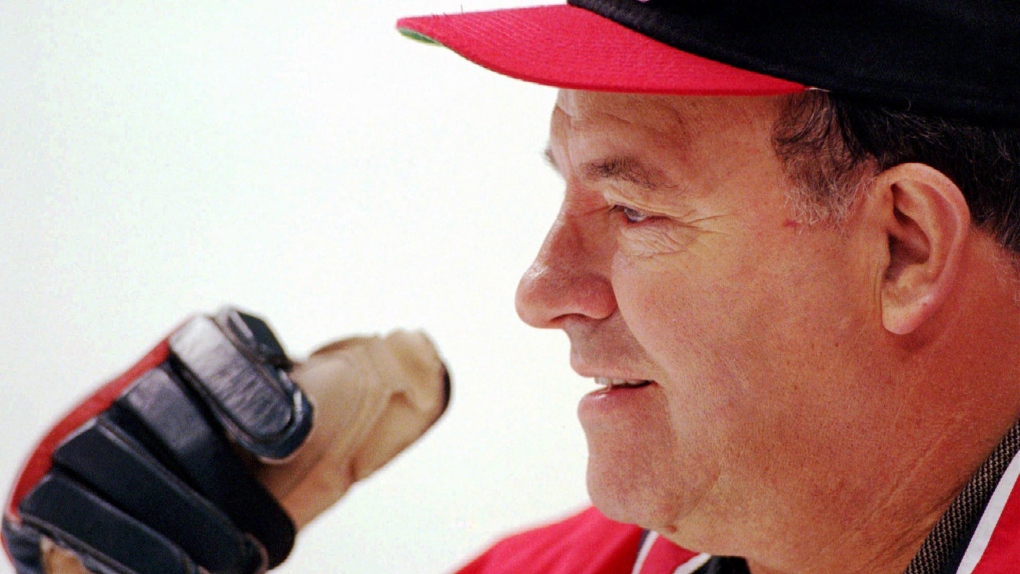 PITTSBURGH -- Scotty Bowman won back-to-back Stanley Cups more than once in an illustrious career behind the bench, but the 83-year-old wonders now how feasible it is in today's NHL.

"Well it's not going to happen a lot," Bowman, a nine-time Cup winner, told the Canadian Press in a recent interview. "It's tougher to do now -- no question about that."

Not one team has gone back-to-back in the salary cap era, with Sidney Crosby's Pittsburgh Penguins now looking to become the first.

Bowman guided the last repeat winner in Detroit with the Red Wings winning by sweeps in 1997 and 1998. He also helped the Mario Lemieux-led Penguins complete a back-to-back set of championships when he took over for Bob Johnson -- who passed away from cancer -- for the 1991-92 season and before that, drove the Montreal Canadiens to four straight crowns in the late '70s.

Bowman believes winning two in a row today is inherently more difficult because of the salary cap and resulting parity of the league.

"Different era, different circumstances evolve around teams and the structures now with the salary cap being probably the major issue," said Mark Messier, the Hall of Fame centre who won back-to-back Cups two times with the Edmonton Oilers.

Briefly a member of the New York Rangers front office, Messier thought that constructing a team good enough to win even once was tough, but keeping that group together under the conditions of the cap, that was almost impossible.

The Chicago Blackhawks are a recent example of that with their roster trimmed of supporting talent after Cup wins in 2010, 2013, and 2015.

Pittsburgh managed to keep the guts of last year's Cup roster intact this year -- though they lost No. 1 defenceman Kris Letang to a season-ending injury -- but Bowman noted their struggles in building capable units after victory in 2009.

"When you pay three or four guys a lot of money it's hard to keep your team," said Bowman, now a senior adviser to the Blackhawks where his son, Stan, works as general manager.

What the Penguins have done, the elder Bowman observed, was develop quality talent internally around Crosby, Letang and Evgeni Malkin, naming Matt Murray as one shining example.

A first-time Cup winner in 2009 and then again last year, Crosby said his appreciation for the challenge had grown.

"I think I had that appreciation coming in, but I think just going through it and understanding how tough it is to win, you need some bounces, you need some luck along the way," Crosby said.

Had there been a cap in the late 90s, Bowman's Red Wings would have had trouble keeping their star-laden group together for multiple seasons. The '98 Wings had seven future Hall of Famers, including Steve Yzerman, Brendan Shanahan, Igor Larionov and Sergei Federov.

Detroit might have been even better too with Vladimir Konstantinov, a Norris trophy finalist whose career tragically came to an end when he was seriously injured in a car crash less than a week after the Wings won the Cup in '97.

The Predators became the 16th different team to reach the final since the 2005-06 lockout and Messier thought parity -- a direct result of the salary cap -- was primary in why it was hard for teams to repeat. A more evenly-divided league made the regular season a challenging slog, Messier said, and one current member of the Penguins agreed that it was the hardest part of the repeat bid with opposing teams always gunning for the defending champs.

"It's a grind," 22-year-old Olli Maatta said. "It takes a lot mentally as well as physically."

"You basically are red-lining your team and pushing your team as hard as it can. It's like a race-car going 500 miles there, red-lining that car -- that's what you're doing to these players and these teams just to qualify for the playoffs," Messier said. "And then once you get to the playoffs, now you've got two months of incredibly demanding, physical and emotional hockey.

"So for a team to not only have the talent and the players to be able to get there and do it, to repeat the whole process again and then stay away from injuries and bad luck, bad bounces, it's become very difficult."

Messier wondered what that meant for the future of the traditional dynasty, which was once ubiquitous in the NHL. Philadelphia went back-to-back in 1974 and 1975; Bowman's Canadiens followed with four straight; the New York Islanders won the next four and then came Messier's Oilers winning two in a row, four of five and five of seven.

Pittsburgh captured two straight crowns behind Lemieux and Jaromir Jagr and then it was Detroit, the last repeat winner.

"I don't know if that's going to happen again," Messier said of the old dynasties. "I think it's just too many good young players, too much demand on the teams' financially, physically, emotionally. So we'll see."