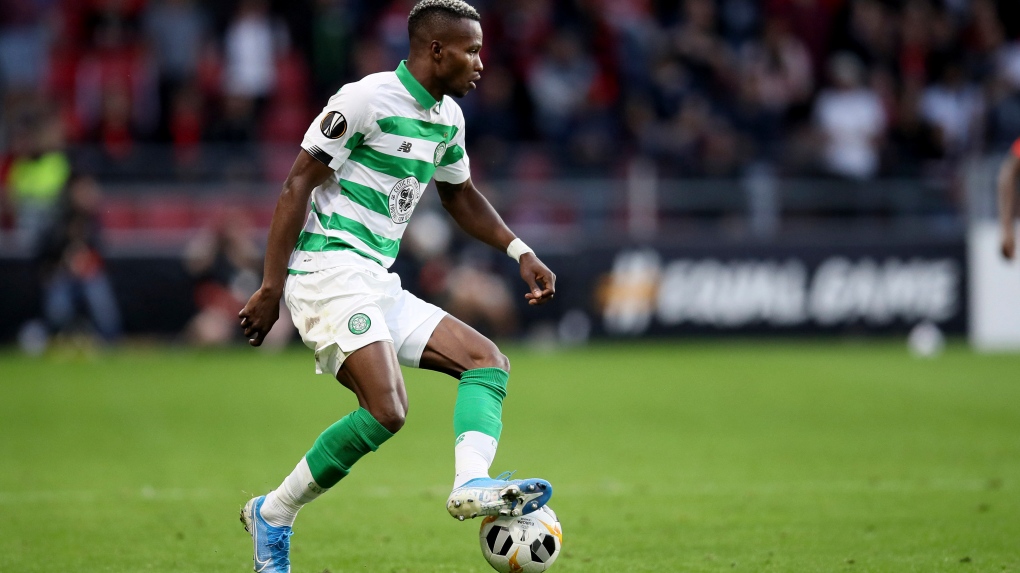 Scottish soccer was in danger of being halted by the country's government after a Celtic player breached coronavirus rules by taking a secret trip to Spain and failing to self-isolate on his return.

The Scottish champions issued on Tuesday an apology and a condemnation of the actions of left back Boli Bolingoli, who played in a 1-1 draw with Kilmarnock in the league on Sunday despite having only recently returned from Spain without quarantining.

"It is difficult to imagine a more irresponsible action in current circumstances," Celtic said in a statement, "and we find it beyond explanation."

A game between Aberdeen and St. Johnstone on Saturday was postponed a day earlier after two Aberdeen players tested positive for COVID-19 and a further six were instructed to self-isolate following a night out in a bar.

That led to Scottish First Minister Nicola Sturgeon warning that Scottish soccer's privileges to play during the safety restrictions would be at risk if a similar situation arose.

The government is in discussion with Celtic and soccer governing bodies about how to react to the latest breach, saying in a statement that it will consider "whether a pause is now needed in the resumption of the game in Scotland."

"Utterly unacceptable from Bolingoli," justice minister Humza Yousaf wrote on Twitter, adding he would "support whatever enforcement action" is deemed necessary by police.

Sturgeon said at a news conference that she doesn't expect Celtic to play its next game, against St. Mirren on Wednesday.

"I am asking people to hugely restrict how they live their lives," she said. "And people rightly will look to me and say, `Well, if footballers get away with doing whatever they want, why do I have to keep doing these things?"'

All 12 Premiership managers and captains held talks with government officials on Monday and were reminded of their responsibilities over protocols particular to football and also the general public.

Celtic said it has taken its response to COVID-19 "extremely seriously" and has recorded no positive tests so far.

"We could have done no more in this area," Celtic said. "It is a matter of the deepest regret to us that the behaviour of one individual has jeopardized that reputation and reflected discredit on football more generally."

Spain was restored to the Scottish government's list of countries from which returning travellers must quarantine themselves for 14 days following a decision on July 25, which came into effect from midnight on July 26.

Celtic said all of its playing and backroom staff have been tested twice for COVID-19 since Bolingoli's return and that everyone has tested negative.

"While this comes as a relief to all concerned, it in no way diminishes the seriousness or stupidity of the player's actions," the club said.

Celtic said it would be getting in touch with every Scottish club and soccer authorities to apologize for Bolingoli's actions, for which he has apologized.

"I have made a huge mistake," he said. "I want to apologize to my manager, my teammates, the supporters, everyone at Celtic and so many others for letting them down so badly.

"I am guilty of a major error of judgement. I know what I did was wrong and I know that I must now deal with the consequences."

The new Scottish season started on Aug. 1 after the 2019-20 campaign was called off early, in May, because there was no immediate prospect of play restarting amid the coronavirus pandemic.