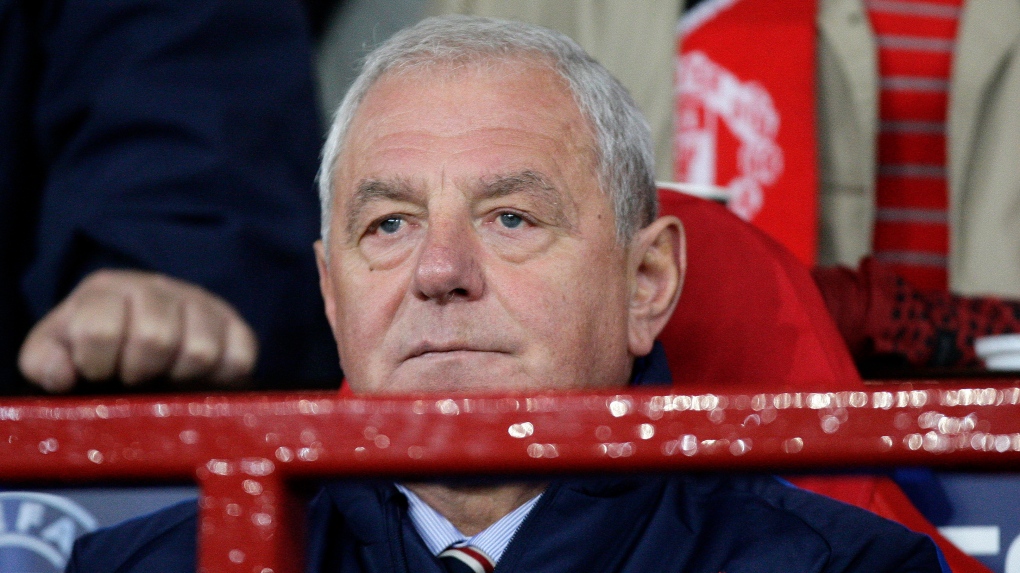 Walter Smith, the Scottish soccer coach who won 10 league titles with Rangers and also led the national team, has died. He was 73.

Rangers announced the death on Tuesday, with chairman Douglas Park saying the "club legend" had been battling illness.

"It is almost impossible to encapsulate what Walter meant to every one of us at Rangers," Park said. "He embodied everything that a Ranger should be. His character and leadership was second to none."

Smith had two spells as Rangers manager, the first from 1991-98 when he won seven straight Scottish league titles as well as three Scottish Cups and three Scottish League Cups.

He returned in 2007 and won three straight league titles from 2009, five domestic cups, and guided Rangers to the UEFA Cup final in 2008.

In between his stints at Ibrox, Smith managed Premier League club Everton from 1998-2002, had a short period as assistant to Alex Ferguson at Manchester United, and took charge of the Scottish national team from 2004-07.

Park described Smith as "one of the great modern-day football managers."

"However, for Rangers supporters," Park said, "he was much more than just a football manager. Walter was a friend to many, a leader, an ambassador and most of all, a legend."