Russia may join sports events in Asia ahead of 2024 Olympics

Russia may join sports events in Asia ahead of 2024 Olympics 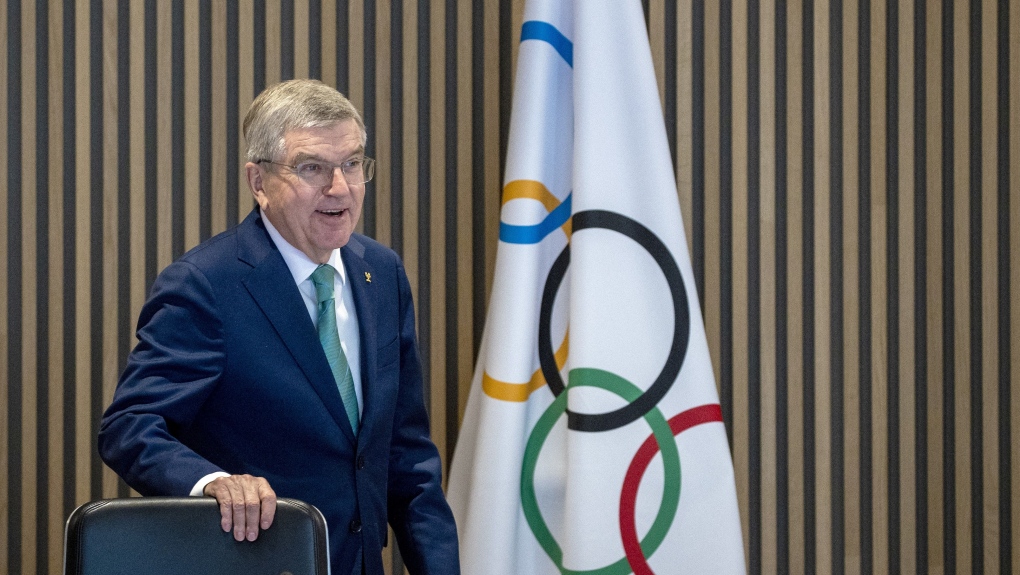 Russia could return to some international sports events and Olympic qualifiers by competing as part of Asia rather than Europe.

International Olympic Committee president Thomas Bach welcomed a "creative" plan Friday to allow athletes from Russia and its ally Belarus to join competitions in Asia after more than nine months of isolation from most Olympic sports following the invasion of Ukraine.

The statement did not directly address whether Russia and Belarus can send teams to the 2024 Olympics in Paris, but a move from Europe to Asia offers a potential way for Russian athletes to compete in continental events which serve as qualifiers for the Games. Qualifying in some sports is already underway.

"Something which few believed in even recently could soon become reality," Russian Olympic Committee president Stanislav Pozdnyakov wrote on the Telegram app. He predicted Russian athletes could be back in Olympic qualifiers "in the near future".

The IOC recommended on Feb. 28 -- four days after the Russian invasion of Ukraine began -- that Russian and Belarusian athletes should be excluded from competition, citing concerns over safety and the integrity of competitions. Most Olympic sports followed its lead and imposed bans.

The Olympic Summit, a conference hosted by the IOC and chaired by Bach, agreed Friday that the IOC will "lead the further exploration" of an initiative from the Olympic Council of Asia to allow Russia and Belarus to compete there, according to a statement. Consultations are planned with sports federations, athletes and national sports bodies.

Bach "thanked the OCA for its creative initiative," the statement on the IOC website said. Russia has territory across Europe and Asia but is traditionally considered part of Europe for the purposes of sports events.

"In the course of the debate, the acting president of the Olympic Council of Asia stated that, on the Asian continent, the reasons for the protective measures no longer exist," the IOC statement said.

"The OCA offered to facilitate the participation of athletes from Russia and Belarus in competitions in Asia under its authority, while respecting the sanctions in place."

The IOC draws a distinction between what it calls "sanctions" such as preventing Russia from hosting sports events and displaying national symbols in competitions, and the "protective measures" of excluding Russian athletes.

Bach said on Wednesday his organization preferred not to exclude Russian and Belarusian athletes but had to because, when it did so in February, national governments were seeking to impose their own restrictions.

Ukraine has objected to the decision to invite Russian Olympic Committee president Pozdnyakov to the conference. No representatives of Ukraine were on an attendance list published by the IOC for the invite-only event. Besides Russia, only the United States and China had their national Olympic bodies represented.

Sports federations aren't obliged to follow IOC recommendations and some may keep restrictions on Russia and Belarus. World Athletics President Seb Coe said last week that Russia must "get out of Ukraine" before it is readmitted to track and field. Coe was on the invite list for the Olympic Summit but was listed on Friday as having been "excused."

The IOC has allowed Russian athletes at the Olympics before without the country's flag or anthem. A decade of doping disputes led to the Russian team being known as Olympic Athletes from Russia or the Russian Olympic Committee for three consecutive Winter and Summer Olympic Games.

If Russian athletes do return to global, as opposed to continental competitions, Ukrainian athletes could boycott events in protest. When the International Judo Federation allowed Russia and Belarus to compete under a neutral flag, Ukraine refused to compete and alleged many on the Russian team were also serving as members of the military. The IJF excluded Russia and Belarus in September until January 2023.