Roughriders defensive lineman could have played for Hamilton 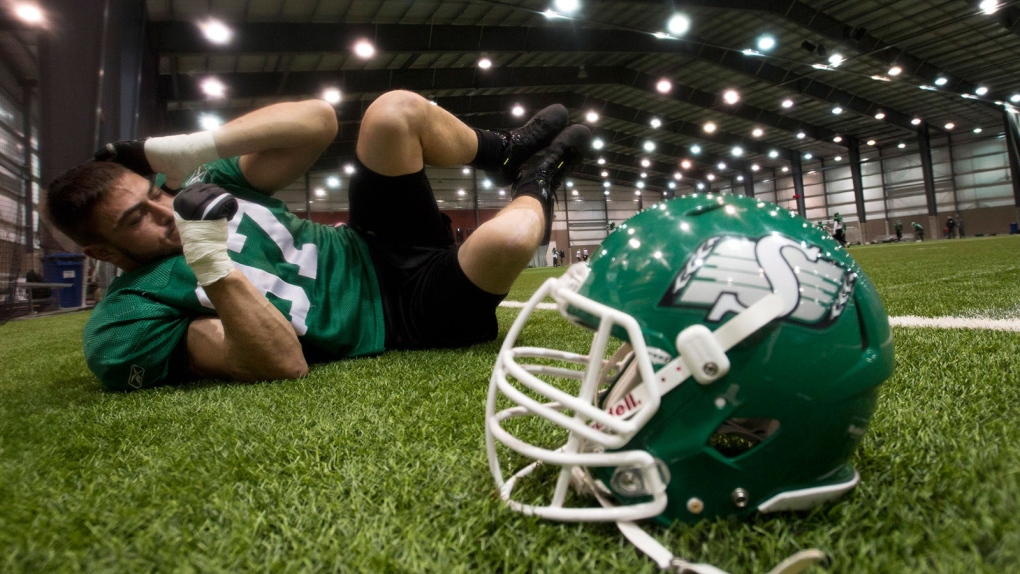 MOOSE JAW, Sask. -- John Chick could have been a Hamilton Tiger-Cat. He chose the Saskatchewan Roughriders instead.

On Sunday, he will find out if he made the right decision.

The fourth-year defensive end will play in his third league championship game when the Riders host Hamilton in the 101st Grey Cup at Mosaic Stadium.

"This is where I played before. This was more like home to me," Chick said Wednesday following Saskatchewan's practice, which was moved indoors and to Moose Jaw due to wind chill values that were flirting with minus-30 C. "It was the best opportunity. There was no other answer for me."

Chick played for the Riders from 2007-09 before leaving for three seasons in the NFL.

The suitors came calling when he was released by the Jacksonville Jaguars in the spring and it was reported that the Ticats were prepared to make him a substantial offer.

But like the 27 quarterbacks he's dropped behind the line of scrimmage in his CFL career, the rumour mill ground to a halt at the end of May when Chick finally signed with the Roughriders.

"I don't even want to think about that," Chick said of his conversations with the Ticats. "There was talk a I had communication with (Hamilton head coach and GM) Kent Austin. Obviously he coached me in '07 here and (it was) just more so talking.

"I'm happy for him that he's got a good job over there but we'll be friends after this game."

Chick made friends with Austin very quickly during his storybook beginning to his CFL career in 2007.

He was Saskatchewan's nominee for rookie of the year honours and contributed a forced fumble and a quarterback sack in the league championship game as the Riders beat Winnipeg for their first Grey Cup in 18 years.

His exit, by contrast, was almost the polar opposite.

Chick jetted south almost immediately on the heels of the infamous 13th-man debacle that cost Saskatchewan the 2009 Grey Cup.

The Riders struggled following his departure, losing the 2010 Grey Cup and following that with seasons of five and eight wins.

His return will be defined in a few short days.

So far it's been a success, as he scored eight sacks in 2013 to tie for the team lead with Ricky Foley and Tearrius George.

"I couldn't imagine Chick playing in any other colour but green," said second-year Riders defensive back Terrell Maze. "But (Hamilton) would have had a great player and I'm sure glad he's with us."

A big part of Chick's job is mentoring the younger players on the team -- guys like Maze, who came up with two of Calgary's seven turnovers in the West Division final.

"Having veterans like John Chick around means a lot because they've been there, they've done it, they understand the league," said Maze.

In this case they also understand that not everyone gets to play in three Grey Cups period, let alone in their first four years in the league.

"I don't believe at all that I take it for granted, but it's a pretty neat atmosphere when you expect that you can come here, you expect to win then you play through a season and you go through the ups and downs but you make it," said Chick. "It's pretty humbling."