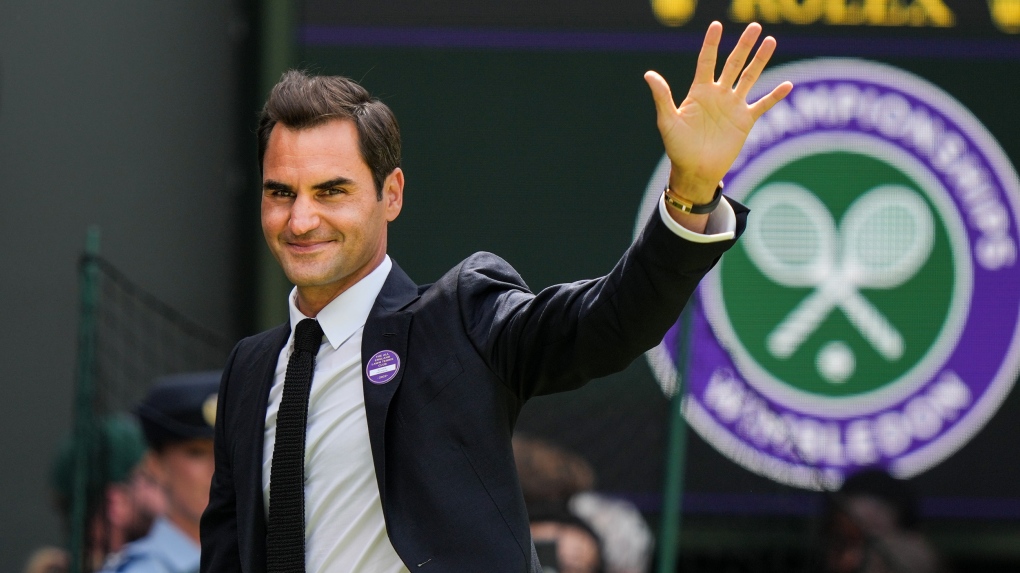 Roger Federer here made an appearance at the Centre Court Centenary Celebration. Federer says he hopes to come back to Wimbledon 'one more time.' (Shi Tang/Getty Images/CNN)

As he has done so many times before, Roger Federer stepped onto Centre Court at Wimbledon.

But clad in a suit and tie, rather than traditional Wimbledon whites, the 40-year-old was attending the tournament's Centre Court Centenary Celebration on Sunday. Predictably, he received a raucous welcome from fans.

"This court has given me my biggest wins and my biggest losses. I hope I can come back one more time," Federer, absent from this year's main draw for the first time since 1998 because of injury, told the crowd.

The 20-time grand slam champion, who turns 41 next month, was among a number of former winners who took part in a parade around the famous arena.

He last played at Wimbledon in 2021, suffering a shock defeat by Hubert Hurkacz in the quarterfinals, and has not played competitively since that loss as he underwent another knee operation, his third since 2020, shortly after.

"I've missed it here. I knew walking out here last year, it was going to be a tough year ahead. I maybe didn't think it was going to take this long to come back -- the knee has been rough on me," he said.

During his illustrious career, Federer has become synonymous with Wimbledon.

He announced his arrival as a world-class player in 2001, knocking out the great Pete Sampras, and went on to dominate at the height of his powers, winning it eight times.

"I've been lucky enough to play a lot of matches on this court," he added. "It feels awkward to be here in a different type of role. It's great to be here with all the other champions."

The Swiss great is plotting his comeback, confirming earlier this year that he will play at the Laver Cup in September and the Swiss Indoors tournament in Basel, Switzerland in October.

"It's been a good year regardless of tennis ... I'm happy standing here right now," he said.