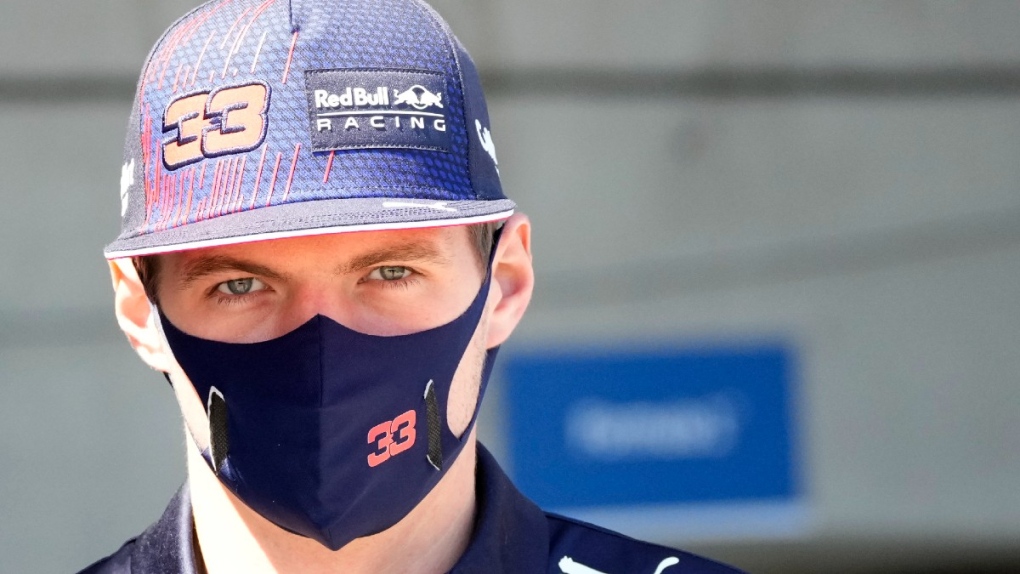 BUDAPEST, HUNGARY -- A crash between fierce rivals on the track. Heated words from their team managers off it.

With at least 12 races left in this Formula One season there's already a fascinating contest between record-chasing Lewis Hamilton and ambitious Max Verstappen, who threatens to wrestle the title from him.

Two proud team principals are backing their No. 1 driver to the hilt.

Mercedes boss Toto Wolff is closer than ever to the supremely dominant Hamilton while Red Bull's Christian Horner is protective of the prodigiously talented Verstappen, who remains the youngest driver to start in F1 at age 17, and the youngest to win a race at 18.

Hamilton's fourth was at Silverstone last Sunday and massively divided opinion within F1. Stewards gave him a 10-second time penalty for causing the Lap 1 crash that sent Verstappen out, slashing his championship lead from 33 points to eight.

"Tensions are running and they're going for the biggest prize in the sport," Horner said. "(It is) close-quarter and no-quarter (given) racing going on between them."

But Red Bull was angry with Hamilton, with Verstappen calling him "disrespectful" in his celebrations while he was in hospital getting checks. Horner succeeded in getting governing body FIA to review the decision, but the appeal was rejected on Thursday night.

That prompted a stern comment from Mercedes, which said Red Bull's senior management had attempted to tarnish Hamilton's "good name and sporting integrity."

Horner was the architect of Red Bull's four straight drivers' and constructors' titles from 2010-13.

Wolff turned Mercedes into a winning machine, with seven straight doubles from 2014 onward, with six of those titles won by Hamilton and the other by former teammate Nico Rosberg in '16. Rosberg is the only driver to beat Hamilton since Sebastian Vettel won his fourth title with Red Bull eight years ago. Hamilton is seeking to become the first driver to win eight F1 titles and move one clear of fellow great Michael Schumacher.

But now the quick and fearless Verstappen has emerged as a major threat to Hamilton. He also has more pole positions (5-2) and fastest laps (4-3) than Hamilton this season.

Mercedes is under rare pressure, and it perhaps showed in the way the team celebrated Hamilton's victory at Silverstone -- his first in two months to snap Red Bull's five-race winning streak.

A win in Hungary could tilt momentum back toward Hamilton, or see Verstappen extend his lead heading into a four-week break.

In hot and sunny Hungary, the electricity is crackling through the paddock.

Horner and Wolff both spoke on Friday, albeit in separate news conferences.

"I think we wanted to bring a little of respect back to the discussion," he said. "I think Formula One needs conflict and controversy. As long as it's about the sport it can be quite entertaining, but there are certain boundaries we need to respect."

He felt Red Bull's comments about Hamilton's driving had been "below the belt" but stopped short of further criticism, mindful of the damage social networks can cause as a result.

"I don't want to ignite even more the fire and the controversy," he said. "We need to de-escalate it and not create more polarization on social media."

Earlier, Horner defended his decision to ask for a review.

"It's our duty as a team competing for the championship to leave no stone unturned," he said. "It wasn't the response we were hoping for, but we accept it."

It still rankles with Horner, though, that Hamilton only got a 10-second penalty despite being found at fault.

"Our frustration was at the size of the penalty compared to the outcome of the decision," he said. "A crash that would have knocked out your average human being. We've lost a car in its entirety in a budget cap environment."

Red Bull estimated the cost of the mangled car at US$1.8 million.

Horner again took a swipe at Hamilton, saying he knew he would have not won had Verstappen not crashed at Copse corner.

"Even seven-time world champions make mistakes, misjudgments," Horner said. "It was the only opportunity for Lewis to make the pass on Max, and I think he would have known that."

He argued that Hamilton should have done a cleaner move, like he did late on when he got past Ferrari's Charles Leclerc to take the lead.

Hamilton said he would make the same overtake if he found himself in the same position, while Horner would have no problem asking for another review.

"Competition is fierce, and in a competition like we're in it's about marginal gains," Horner said. "The rivalry will be intense. I hope there's no precedent set from what happened at the British Grand Prix."