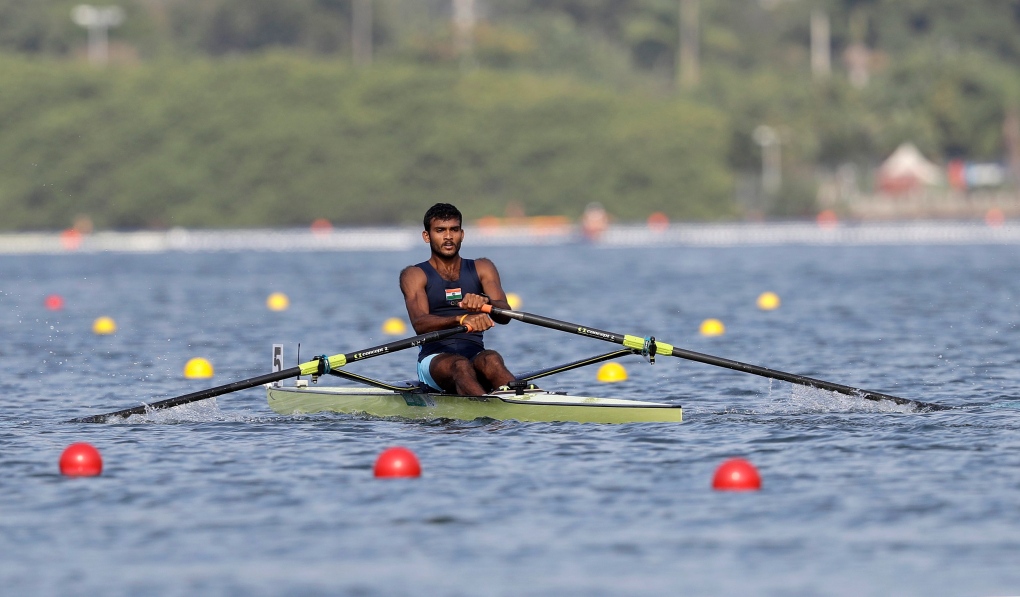 India's only rower in the single sculls competition at the Summer Games used to be scared of water, until the death of his father forced him to leave his drought-stricken village to support his family.

Dattu Bhokanal, 21, grew up as the son of an onion farmer in a tiny village outside the city of Nashik, in India. He never learned how to swim, and he certainly never dreamed of having a chance to win an Olympic medal.

But that all changed in 2012, when Bhokanal's father died in the same year a horrible drought hit his village. As the eldest son, Bhokanal took it upon himself to support his mother and siblings, and left his village to pursue a career in the army.

After Bhokanal enlisted, an officer soon took note of his lanky, six-foot-four frame and suggested he take up rowing, according to Indian writer Roopa Pai, who has followed Bhokanal's path to the Olympics.

"The young man swallows hard and gets into the boat," Pai wrote in a Facebook post. "He knows that if he begins to do well at the sport, there is a chance for promotions, and monetary rewards, which he can send back home to his mother."

"I didn't know how to swim. I felt quite scared," Bhokanal told Channel News Asia in an interview translated to English.

Bhokanal picked up rowing quickly, and received several promotions for his efforts in the water. His rowing coach, Paul Mokha, says he's made tremendous strides in his young career, which included only two competition wins before he qualified for the Olympics. "I think he has a very bright future in international competition," Mokha told CNA.

Pai said Bhokanal had never heard of the Olympics until 2015, when he qualified for Rio.

"When I look at my background, I never thought I would reach the Olympics," Bhokanal told CNA.

But, even as Bhokanal's career took off, his family's situation grew worse. In March, his mother suffered a traumatic brain injury in a bicycle accident, leaving her in need of medical attention. The army covered her medical expenses so Bhokanal could continue with his rowing career, but his coaches say his attention remains divided between his rowing and his family back home.

"He has to take care of his household," said Roshan Lal, Bhokanal's army sculling coach.

Bhokanal's Rio story ended on Tuesday, when he failed to qualify from the quarter-finals of the men's single sculls event. But he says he's aware of how fleeting an athlete's career can be, and his focus remains on his village, which has been hit once again by a severe drought.

"This is where my life began," he told CNA from his village, before leaving for Rio. "Naturally I am interested in the village. I wish to do well for the village, like getting a medal for my country so we can solve the village's water problem."

Bhokanal says, in all things – be it rowing or supporting his family at home – he operates on one principle: "Whatever I do, I should put my heart into it and be fully devoted."

In Pictures: Canadians in Rio

The science of sprinting: How does Usain Bolt run so fast?

Success at Summer Games leads to whispers of cheating

How to dive for gold on the running track

Deodoro: the 'military base' venue in Rio

7 bizarre 'sports' no longer held at the Summer Games