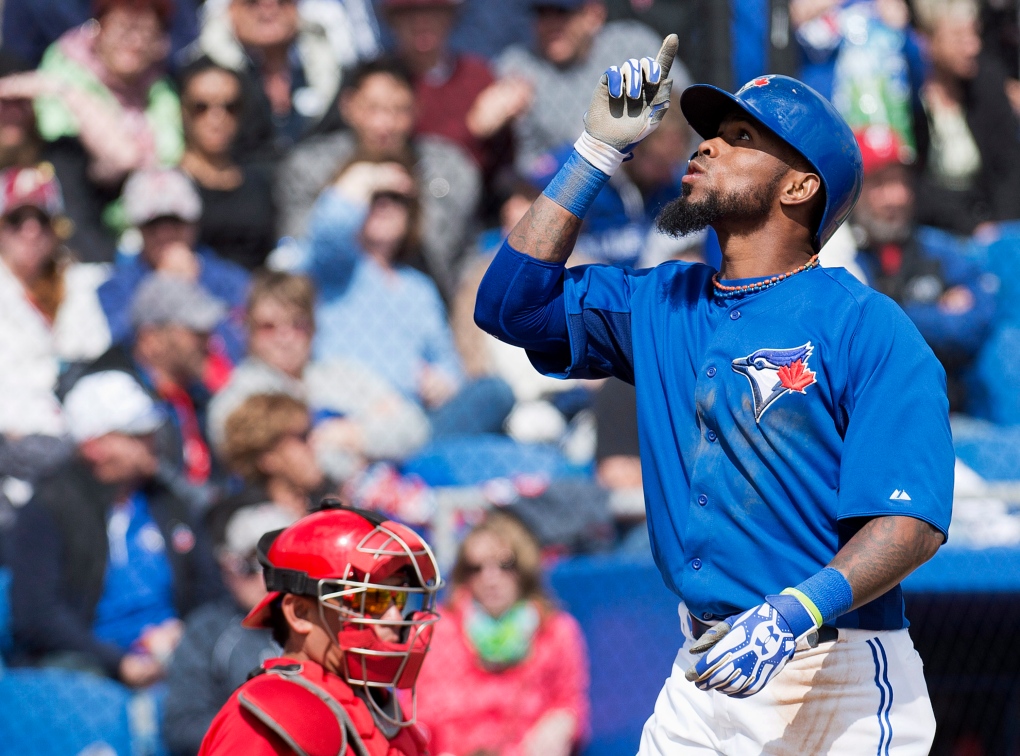 Howard hit a two-run homer off Dickey and Reyes and the Toronto Blue Jays touched up Cliff Lee in an 11-6 victory over the Philadelphia Phillies in cool, blustery conditions Saturday.

Both starters went three innings in their second exhibition appearances. Dickey allowed three runs in the first on four consecutive hits -- doubles by Kevin Frandsen and Michael Young, Howard's shot and a single by Domonic Brown.

"They were just aggressive early in the count and got some balls up in the air," the right-hander said. "Today, if you got a ball up in the air, it was probably going to go somewhere."

Despite his homer off Dickey, Howard is pleased the reigning NL Cy Young Award winner was dealt from the NL East rival New York Mets to Toronto in a seven-player off-season trade.

"I'll let the AL East go ahead and deal with him over there," said Ryan, grinning.

The left-handed Lee, who won the 2008 AL Cy Young Award with the Cleveland Indians, gave up two first-inning runs on doubles by Jose Reyes and Melky Cabrera and a single by Edwin Encarnacion. Emilio Bonifacio tied it at 3 in the second with a solo home run.

"I missed up in the zone a few times, obviously, with the wind," Lee said. "Physically, I feel great. It's just a matter of honing it in a little better."

Dickey will leave Sunday with new batterymate J.P. Arencibia to join the United States team in the World Baseball Classic.

"It's huge," Arencibia said of the opportunity to become more familiar with Dickey and his dancing knuckleball. "It's tough to leave because there's still other guys that I would love to work with, but it also is good to be able to go out there and play with him and get to know him better."

Shortly after the pair return to spring camp, they will learn who will work behind the plate when Dickey begins to deliver his knuckler in the regular season.

"It's an awful tough pitch," Jays manager John Gibbons said. "When the games start counting and that guy's sitting in scoring position on third base, you don't want that ball going back to the screen."

Arencibia wants the role, but Gibbons gives the edge to Josh Thole and Henry Blanco as former teammates of Dickey with the Mets.

"They're all learning my nuances and they know what to look for," Dickey said. "I'm comfortable with all of them, so it gives Gibby a lot of latitude to be able to put in there who he thinks is the best fit for that day."