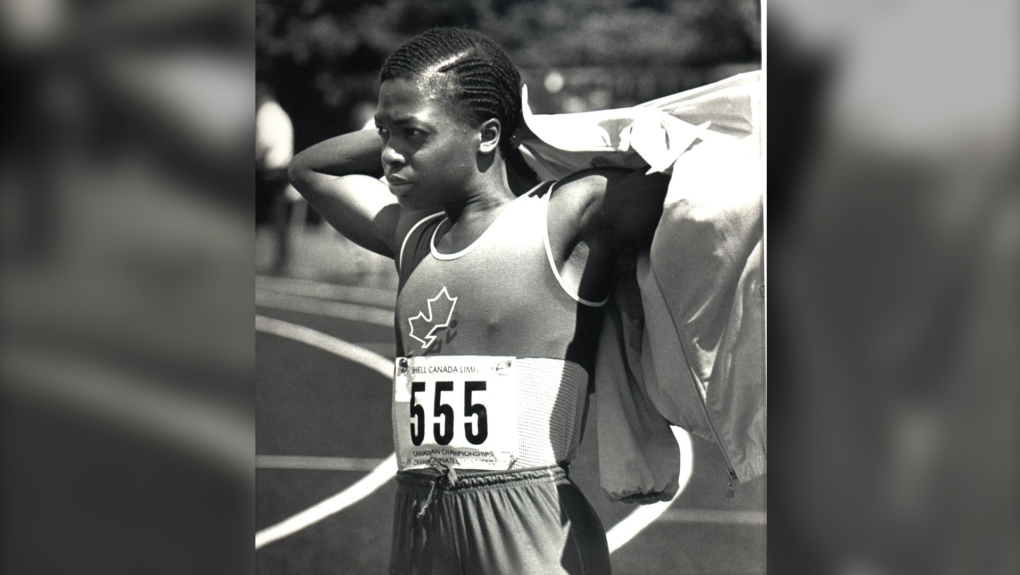 Angela Bailey is shown in this August 2, 1985 photo competing at the National Track and Field Championships in Ottawa.(CP PHOTO/str-Peter Jones)

MISSISSAUGA, ONT. -- Angela Bailey, the Canadian women's record holder in the 100-metre sprint and an Olympic 4x100 relay silver medal winner, has died after battling cancer under complicated conditions. She was 59 years old.

Athletics Canada confirmed Bailey's July 31 death in a statement Monday and offered condolences to her family and loved ones.

"I was very sad to hear of Angela's passing. I remember her as a talented and determined athlete," Athletics Canada board chair Helen Manning said. "The Athletics Canada family sends their thoughts and sympathy to her family at this sad time."

"We are in shock and deeply saddened by the sudden passing of our teammate, Angela Bailey," said the statement. "Our deepest condolences go out to Angela's family and close friends. She was a tremendous competitor on the track and we will always cherish the memories we made together. Rest peacefully our friend."

Doug Clement, a former Olympic team doctor and a middle-distance track coach in the 1980s when Bailey was competing, said he recalled seeing and speaking with her at events.

She set the Canadian 100m record in July 1987 in Hungary and earlier that year also won bronze in the 60m at the World Indoor Championships.

Bailey was part of the 1980 Canadian team that did not compete in the Moscow Games because of an international boycott.

Bailey earned a law degree from Queen's University in 1996 and was called to the Bar of Ontario in 2003.

This report by The Canadian Press was first published Aug. 2, 2021.