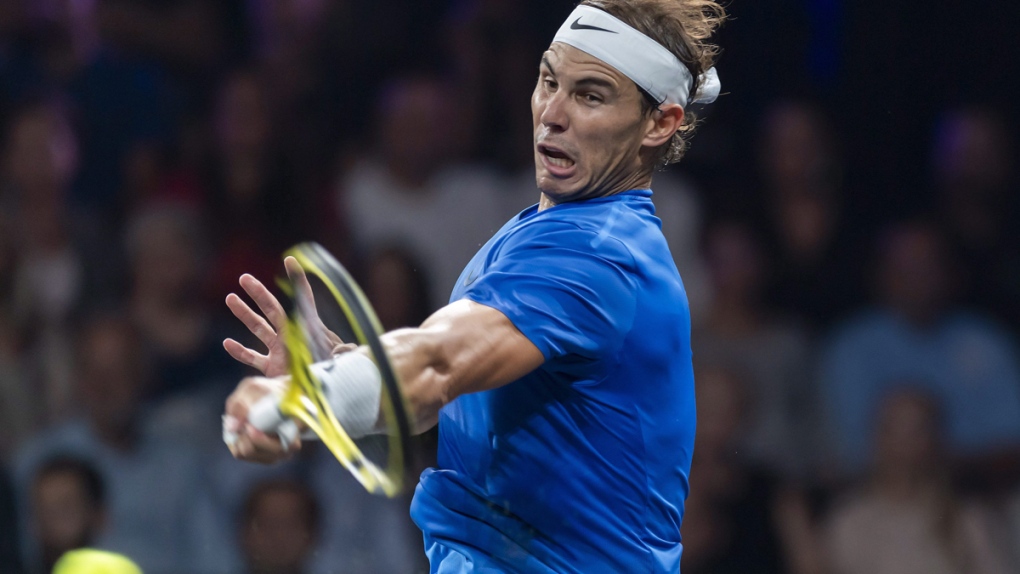 Rafael Nadal returns a ball to Milos Raonic during their singles match at the Laver Cup tennis event, in Geneva, Switzerland, on Sept. 21, 2019. (Martial Trezzini / Keystone via AP)

SHANGHAI -- The ATP said Friday that Rafael Nadal has withdrawn from next week's Shanghai Masters due to a left hand injury.

Nadal is a two-time finalist in Shanghai -- 2009 and 2017 -- and was looking to extend an 11-match winning streak. He pulled out of his final match at the Laver Cup with a left wrist injury two weeks ago.

He has also won 28 of his last 29 matches, a run that includes his fourth U.S. Open title and 12th Roland Garros championship in addition to Masters 1000 crowns in Montreal and Rome.

Defending Shanghai champion Novak Djokovic will have an opportunity to close the gap on Nadal in the battle to finish as the year-end No. 1.

Djokovic trails Nadal by 1,960 points in the ATP Race to London. Djokovic could earn 500 points if he wins the Tokyo title this weekend and another 1,000 points by winning Shanghai.

Nadal's next scheduled tournament is the Paris Masters beginning Oct. 26.