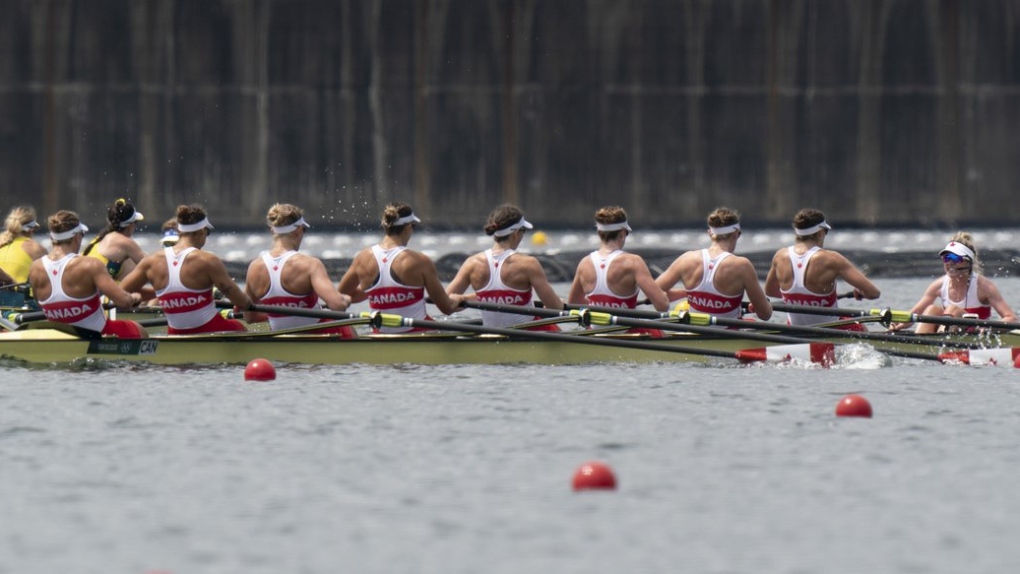 One of Canada's best women's rowers is recovering from an eating disorder that developed in 2019.

It was her attempt to maintain a sense of control over what she said was an unhealthy relationship with former national women's coach Dave Thompson that was spiralling out of hand.

"I would eat my meal, and then start to feel really nauseous because I would start freaking out a little bit, and I'd think 'I need to throw up,'" said the Olympic rower, who requested anonymity out of fear of reprisal. "There would always be a trigger of something that had happened or in anticipation of something that was making me very nervous and anxiety stricken.

"It made me feel like I finally had control on something."

The habit became a full-fledged disorder that she finally worked through with a counsellor only a few months ago.

From as far back as 1904, through the golden era of Marnie McBean, Kathleen Heddle and Silken Laumann, to the women's eight victory at the Tokyo Olympics, Canada has a storied history in rowing, with 43 Olympic medals.

But athletes say beneath the surface is a toxic environment in the national organization, which finally prompted a third-party investigation by Rubin Thomlinson LLP.

Thompson was fired in February 2020, five months ahead of the original start date of the Tokyo Olympics. The dismissal came after a 2019 complaint filed against him under Rowing Canada's Prevention of Abuse, Harassment, and Bullying Policy.

Rubin Thomlinson's scathing report on its investigation, released Monday, found that Thompson's negative affect on the program, and the lack of transparency from Rowing Canada (RCA) around his dismissal, was one of the biggest issues, leaving a lasting blow.

"Participants in the review process … expressed deep feelings of hurt, anger, and betrayal towards RCA as a result of these events. The effects of Mr. Thompson's actions reverberated beyond those directly impacted by his behaviour, to those who witnessed it and those whose perceptions of RCA were affected by its response to this issue," the report said.

Numerous athletes and former Rowing Canada staff members spoke with The Canadian Press for fear of the toxic culture being swept under the rug. They all requested anonymity.

One former staff member said there was this "whole wild wild west lack of professionalism that surrounds this organization, and many sport organizations, when it comes to coaching standards."

The athlete who battled an eating disorder said Thompson singled her out three years ago. Their relationship began with bullying comments about her weight, but evolved into one that included alleged inappropriate texts about her teammates, to suggestions for both private "wine nights" and watching erotica. He allegedly once kissed her on the mouth.

"I'm really angry, and I'm really sad for my teammates," she said. "I've been working and talking with (retired skier and safe sport advocate) Allison Forsyth, and she’s really helped me understand what happened.

"I was a really happy person when I came into rowing. I would do my best every single day and I loved working hard. And this kind of took that away," she added. "I really hated going into practice … but it sort of also gives me peace of mind now in a weird way knowing I wasn't crazy."

Another former staff member said the "truly toxic culture and environment" affected his mental health. He began to keep a record — "I called it my 'book of Dave-isms'" — of issues he had, or he'd heard from athletes and staff members.

"It was quite disconcerting to have such a document at a certain point, and when my vocal pleas to administration fell on deaf ears, I knew I had to do more," he said. "The sport at the national level lacked leadership, effective communication and accountability and this led to a poor sporting culture. This made coming to work each day challenging. I am not under the illusion that elite sport is all fun and games, but when there is zero enjoyment in those around you, it takes a toll on your personal and professional life."

Another Olympic rower said that athletes continue to climb the podium "despite" the national organization. She questioned why coach Michelle Darvill wasn't retained after guiding the women's eight to Olympic gold. In 2021, Darvill was named both the Canadian coach of the year for all sports, by the Coaching Association of Canada and world rowing coach of the year.

Darvill is now the head coach of the Dutch women's team, which won seven medals at the recent world championships in the Czech Republic.

"I'm an Olympic champion. I will never have a bigger voice than I have right now," the athlete said. "It's the most power I'm ever going to have, and I have to say something. I have seen the (RCA) culture consistently get worse and worse and worse. They burn out athletes and they burn up coaches. And then we get mad at the athletes for speaking up and saying 'Hey, this is not healthy. This is not working.'"

A third Olympic rower said she'd like to see individuals held accountable for the tumultuous few years leading into the Tokyo Olympics.

"I do think that by us not saying anything, we've done them like a pretty big favour," she said "We're a niche sport. But everyone knows at the Olympics it is one of the more popular summer sports, we usually do well at the Olympics. And it's important that people realize, we won a gold medal and a bronze medal, but our program, the women's program specifically, was in a pretty toxic cycle up until then."

The rower who overcoming the eating disorder said she hopes that by speaking up, she can help future athletes avoid the same pitfalls.

"I would love for any little girl or little boy, or athlete who has an internal feeling, it's like a sour smell or a weird noise, you know something is a little off, but you just can't put your finger on it," she said. "I just want them to know, 'The exact same thing is happening to me, I know this is wrong, I can't put in all this energy, work, time, blood, sweat and tears, and have one person or one group of people take that away.'"

This report by The Canadian Press was first published Oct. 3, 2022.