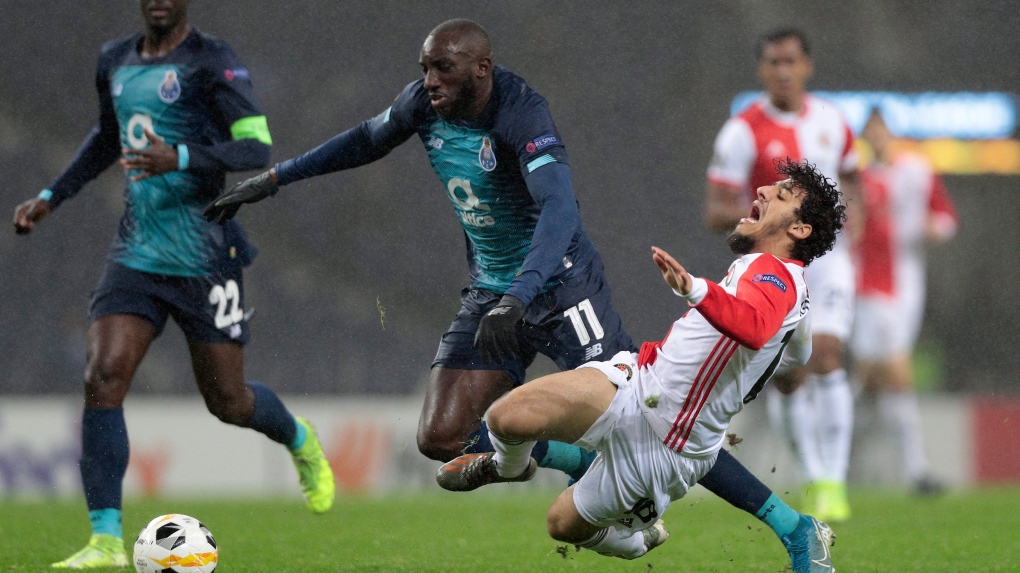 LISBON, PORTUGAL -- The president and the prime minister of Portugal added their voices to a national outcry Monday over racist abuse aimed at a black FC Porto soccer player who walked off the field after hearing monkey chants.

Prime Minister Antonio Costa said the incident was "unacceptable" and urged police and soccer authorities to make an example of those responsible by handing down tough punishment.

Costa also wrote on his Twitter account that "all and any acts of racism are a crime and are intolerable."

"No human being should be subjected to this humiliation," wrote Costa, whose father was from Mozambique. "We cannot just stand by."

"Portugal's Constitution very clearly condemns racism, as well as any other forms of xenophobia and discrimination," he said.

Moussa Marega, a striker from Mali, was visibly angered by monkey noises targeting him after he scored Porto's second goal in a 2-1 win at Guimar├úes in the Portuguese league on Sunday. Several Porto and opposition players attempted to dissuade him from walking off the field in the 71st minute, when he demanded to be substituted.

He also lashed out at the referee, who gave Marega a yellow card, apparently for his refusal to continue playing. He said the referee should have defended him from the insults.

The dramatic scenes as Marega pulled away from his teammates and stormed off the field were unprecedented in Portugal. The country has not witnessed the growth of far-right political parties or movements seen elsewhere in Europe in recent years. Television channels and radio stations on Monday dedicated phone-in programs to the incident.

It was the latest racist incident to tarnish soccer in Europe, despite widespread condemnation and efforts to stop it from officials involved in the game and in keeping public order.

Porto coach Sergio Conceicao said he and his club felt "outraged" by the racism, adding that the monkey chants began during the pre-game warm-up.

"We are a family, whatever our nationality, skin colour, height, hair colour," he said. "What happened here was pitiful."

FC Porto said in a statement it stood by Marega, adding it "was compelled to take drastic action" after repeated racist slurs during the game. The club said the insults were "a low point in the recent history of Portuguese soccer and must be punished appropriately."

The Portuguese league said the behaviour of some fans in the stadium "shame soccer and human dignity." It said in a statement that Marega "could no longer bear the insults targeted at him and chose to leave the game."

The league will do everything in its power to impose punishments and stamp out racism, the statement said.

Portuguese police said in a statement they were not immediately able to identify who hurled the abuse at Marega inside the stadium because of the large crowd. However, officers were investigating Monday, reportedly including sifting through closed-circuit TV images taken inside the stadium.

Racist insults and threats carry a prison sentence of up to five years in prison.