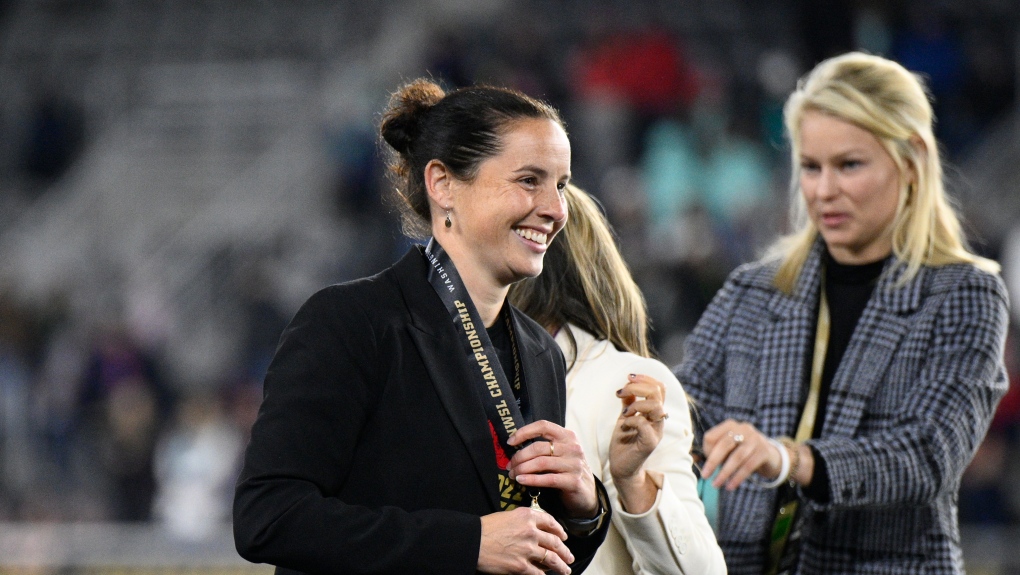 Canadian Rhian Wilkinson has resigned as the head coach of the Portland Thorns FC of the National Women's Soccer League (NWSL) at the request of the players following her "friendship" with a player, she said Friday.

"During my time as the Thorns coach, a player and I formed a friendship that turned into more complex emotions," Wilkinson wrote on Twitter.

"In mid-October the player shared her feelings for me, and I reciprocated. While this was a human moment, it went no further than this expression of feelings for one another.

"In an effort to follow NWSL and NWSLPA [The National Women's Soccer League Players Association] processes to protect player safety, and to be as transparent as possible, the player and I immediately stopped spending time outside of training together, and soon after stopped all communication outside of work

"In less than a week, I reported myself to human resources to make sure I had not crossed any ethical lines."

The NWSL and the players' union investigated and found no wrongdoing, according to the Thorns.

"The Portland Thorns and Coach Wilkinson followed all League processes and policies and fully cooperated with this investigation," NWSL Commissioner Jessica Berman said in a statement posted on Portland's website.

"The joint investigative team conducted a thorough investigation that resulted in a finding of no violation of League policies."

Wilkinson said she informed the team of what took place after the investigation concluded but the players had already "found out" before she was able to tell them herself.

"The narrative regarding my actions has now taken on a life of its own, and as a result I can understand that the Portland players feel hurt and have to deal with another non-soccer related situation," Wilkinson wrote.

"The result of this being that the players have asked for my resignation, and I have agreed to it.

"The investigative process and player and staff willingness to use human resources and league reporting is critically important," Wilkinson tweeted.

"If the women's game is to avoid further power imbalances and player abuses, these systems must be used and there must be trust in the process and its results. We must keep highlighting these processes," added Wilkinson.

Wilkinson led the club to a 10-3-9 record and Portland's league-best third championship in her only season as head coach.