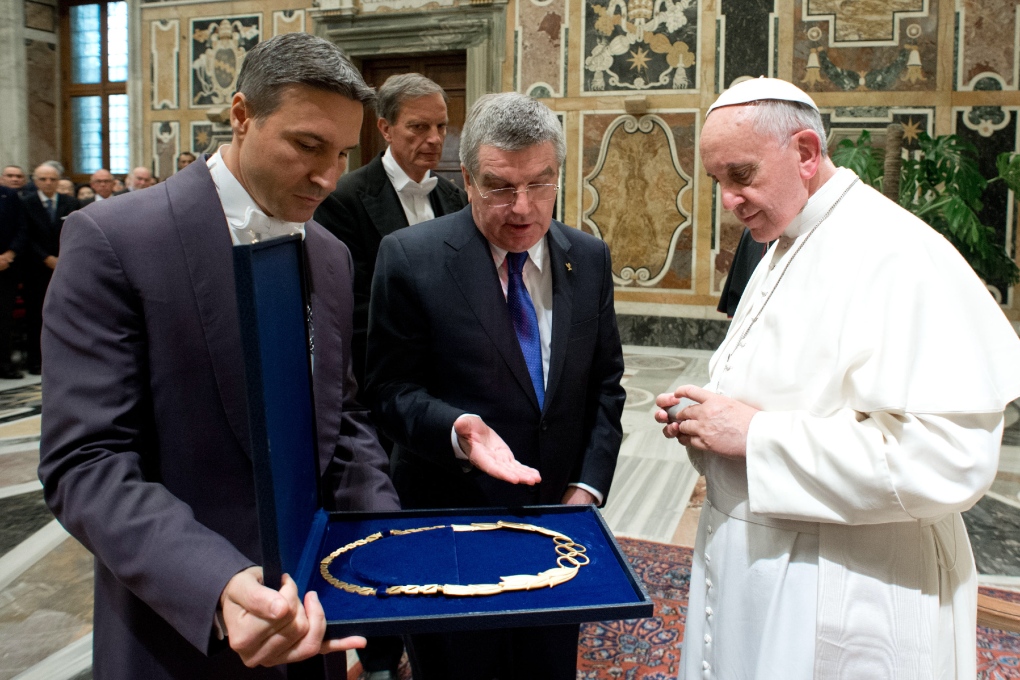 VATICAN CITY -- Pope Francis has met a large delegation of Olympic leaders, and used the occasion to issue a warning over the commercialization of athletes.

Francis told several hundred members of the European Olympic Committees that when sport "is considered only in economic terms and consequently for victory at every cost ... it risks reducing athletes to mere trading material from whom profits are extracted."

The pope added that "sport is harmony but if money and success prevail as the aim this harmony crumbles."

It was the second straight day that sports was high on the pope's agenda. On Friday, he met with IOC president Thomas Bach, FIFA president Sepp Blatter and the rugby teams of Italy and Argentina.

Francis concluded Saturday by blessing "everyone who will take part in the next Olympic Games."