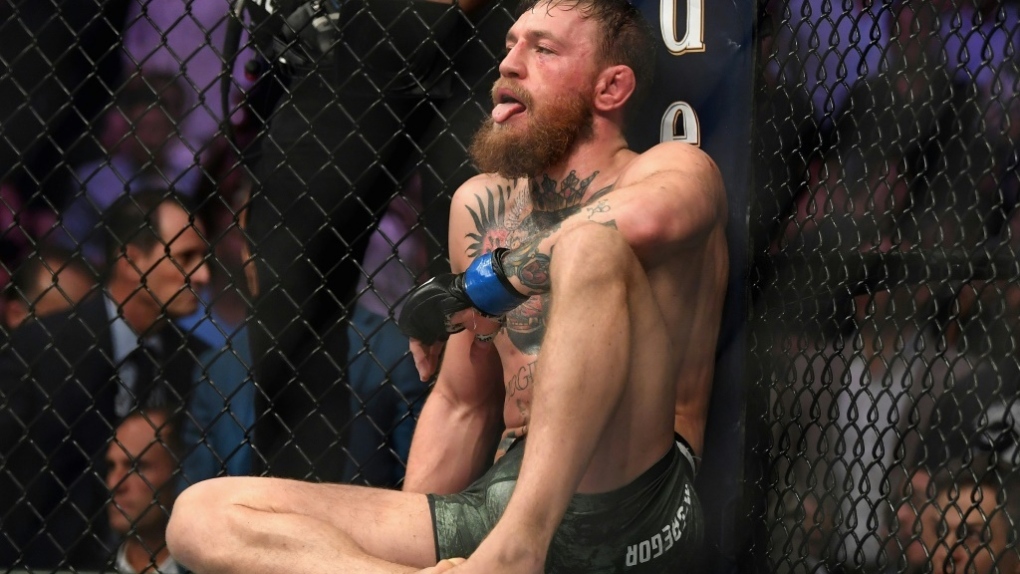 ABU DHABI, UNITED ARAB EMIRATES -- Dustin Poirier knocked out Conor McGregor in the second round of their UFC lightweight bout in Abu Dhabi Sunday to register revenge over the Irish superstar.

American Poirier staggered McGregor with an overhand left and then dropped him to the canvas with a straight right before referee Herb Dean waved it off at 2-minute-32-second of the second round.

The controversial McGregor, known as "Notorious", was returning to the octagon for the first time in a year.

The second-ranked Poirier has now put himself in line for a shot at the lightweight title.

"I think this was a title fight -- I'm the champion now," said Poirier after the fight.

McGregor vowed he would be back.

"I have to dust it off and come back and that's what I'll do," he said.

"I'm gutted, it's a tough one to swallow. I just want to go back to the hotel and chill with my kids and regroup."