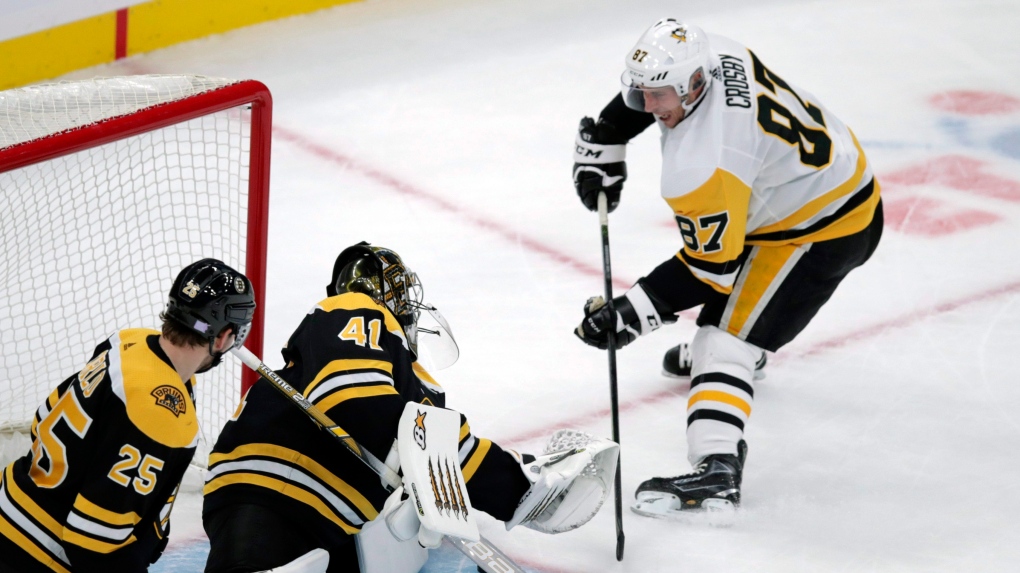 Boston Bruins goaltender Jaroslav Halak (41) makes a save on a shot by Pittsburgh Penguins center Sidney Crosby (87) during the first period of an NHL hockey game in Boston, Monday, Nov. 4, 2019. (AP Photo/Charles Krupa)

PITTSBURGH -- Penguins star Sidney Crosby will be out at least six weeks after what the team said was a successful core muscle injury repair Thursday.

The 32-year-old Crosby leads the team in scoring with five goals and 12 assists in 17 games despite dealing with a sports hernia since training camp.

The two-time MVP left a 3-2 shootout win over Chicago on Nov. 9 in the third period. He got tangled up with Blackhawks defenceman Erik Gustafsson and moments later took a shot from Gustafsson that smacked off his right foot.