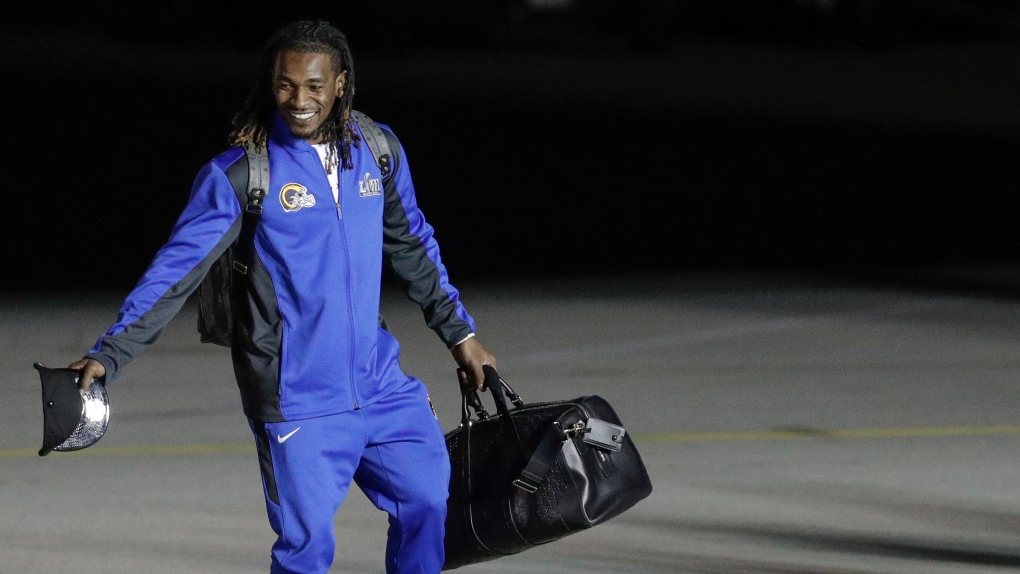 ATLANTA -- Tom Brady and the New England Patriots have arrived. So have Jared Goff and the Los Angeles Rams.

Now it's time for them to get to work.

The teams landed in Atlanta on Sunday and will practice this week before squaring off in the Super Bowl next Sunday in the NFL's main event.

The AFC champion Patriots had a rally at Gillette Stadium earlier in the day before heading to the airport and boarding their flight.

"We're not at the end yet," Brady told the fans in Foxborough, Massachusetts. "We've got one more to go."

It's New England's third straight Super Bowl trip and fourth in five years -- and the ninth overall in the Brady-Bill Belichick era.

The Patriots, who beat the then-St. Louis Rams for their first title after the 2001 season, are looking to hoist the Lombardi Trophy for the sixth time, which would tie the Pittsburgh Steelers for the most in the Super Bowl era.

The NFC champion Rams are back in the city where they won their only Super Bowl title in the 1999 season, when they beat Tennessee.

During the team's pre-flight rally at the construction site where the Rams' multibillion-dollar stadium is rising in Inglewood, California, fans chanted "Greg! The! Leg!" for kicker Greg Zuerlein, who made a 57-yard field goal in overtime to beat New Orleans in the NFC title game.

Zuerlein strained his non-kicking foot at halftime of that game by slipping on a turf-covered metal plate during warmups on the Superdome field. The injury doesn't appear to be serious, and the Rams expect him to kick in the Super Bowl, coach Sean McVay said Thursday.

The Rams are making their first appearance since losing the game in 2002 that launched the Patriots dynasty.

The previous time a Los Angeles-based Rams team was in the Super Bowl was in the 1979 season, where they lost to the Steelers.