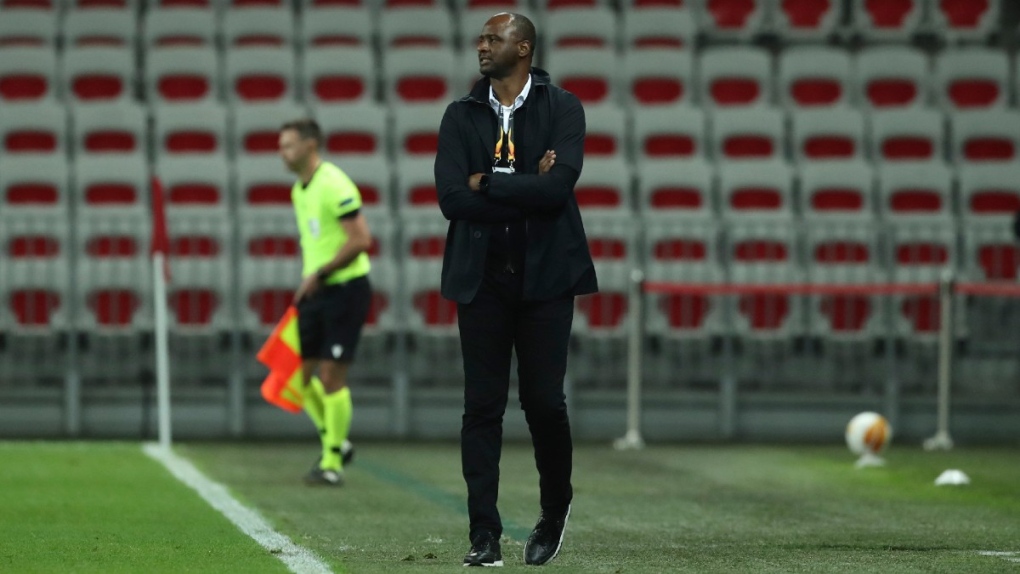 NICE, FRANCE -- French soccer great Patrick Vieira was fired as coach of Nice on Friday after his team was eliminated from the Europa League.

Nice said in a statement that Vieira was "no longer head coach effective immediately." The decision followed Nice's 3-2 loss Thursday at home to Bayer Leverkusen -- a fourth defeat in five games in its Europa League group.

The club, owned by the Ineos chemicals group of British billionaire Jim Ratcliffe, is also 11th in the 20-team French league.

"Patrick Vieira put all his heart and professionalism into his service for OGC Nice over the last two and a half years of their collaboration," the club said.

Vieira joined Nice in 2018 after years working for Manchester City, including as coach of its American affiliate New York City.

The former France captain was a World Cup and European Championship winner in more than 100 games for the national team.

Nice appointed Adrien Ursea, who was an assistant to Vieira, as its new coach.