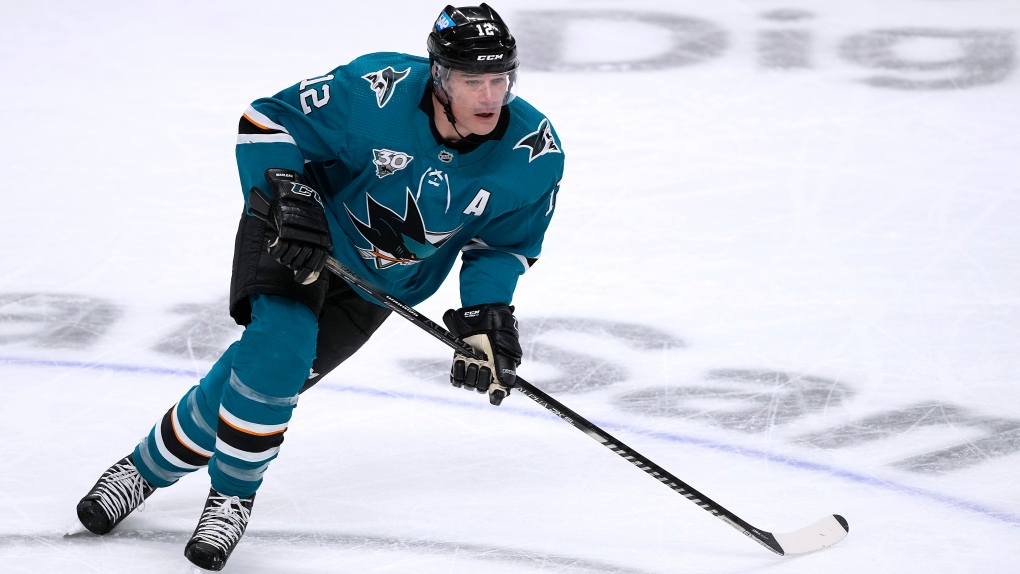 For Patrick Marleau, the best part about Monday night when he is set to surpass Gordie Howe's record for most games played in NHL history will be the same as it has been for the previous 1,767 games.

The joy of playing the game that he's loved ever since he was a kid growing up on a farm in Saskatchewan. But even Marleau acknowledges there's something a little extra when it comes to breaking a record that has stood so long by someone known simply as "Mr. Hockey."

"I'm going to try to take it all in as much as possible," Marleau said. "The fun part is playing an actual game and all that. But my family's going to be there to help celebrate, so it'll be super special having them in the building."

Marleau is set to surpass Howe on Monday night when the San Jose Sharks visit the Vegas Golden Knights.

With the game being played on the road instead of in San Jose where fans aren't yet allowed back in the building because of the coronavirus pandemic, Marleau will be able to share the night with his wife, Christina, and four kids, who have only been able to watch games on television this season.

"They're excited about it," Marleau said. "They've been supporting me however long they've been alive, whether they know it or not, they've been making sacrifices and supporting me throughout my career. But to see how excited they get for games, now watching the games with Christina at home. I come home and they talk about the game the next day. They know the significance of a record, a milestone like this and they're extremely excited to be part of it, and they're pushing me to keep playing."

Marleau has done just that since making his debut in the NHL in 1997 as an 18-year-old who was picked second in the draft.

The 41-year-old Marleau has accomplished plenty in his career 566 goals, 1,196 points, three All-Star appearances and two Olympic gold medals for Canada in 2010 and '14.

But it is his supreme skating skill and dependability that has allowed him to play 897 consecutive games since last missing a matchup when he was 29 that will be his legacy. He has played through bouts with the flu, various other bumps and bruises and even chartered a plane to join his teammates in Nashville for a game in 2009 after the birth of one of his sons.

That level of commitment has garnered respect from opponents who have stayed on the ice after recent games to congratulate Marleau, as well as coaches and teammates.

The Sharks hope to do their part to make it a celebratory night on Monday and snap a five-game losing streak that has dealt a blow to their playoff hopes.

"There's going to be two separate kind of feelings," coach Bob Boughner said. "It's going to be the honour of being in that game and watching Patty set history. The other part is let's play well with him, and be proud of ourselves for the way we played. That's the biggest thing right now. If we play our game, if we play well, we'll give ourselves a chance to win and that's what we intend to do on Monday for that big night, and hopefully cap it off for Patty and his family the right way."