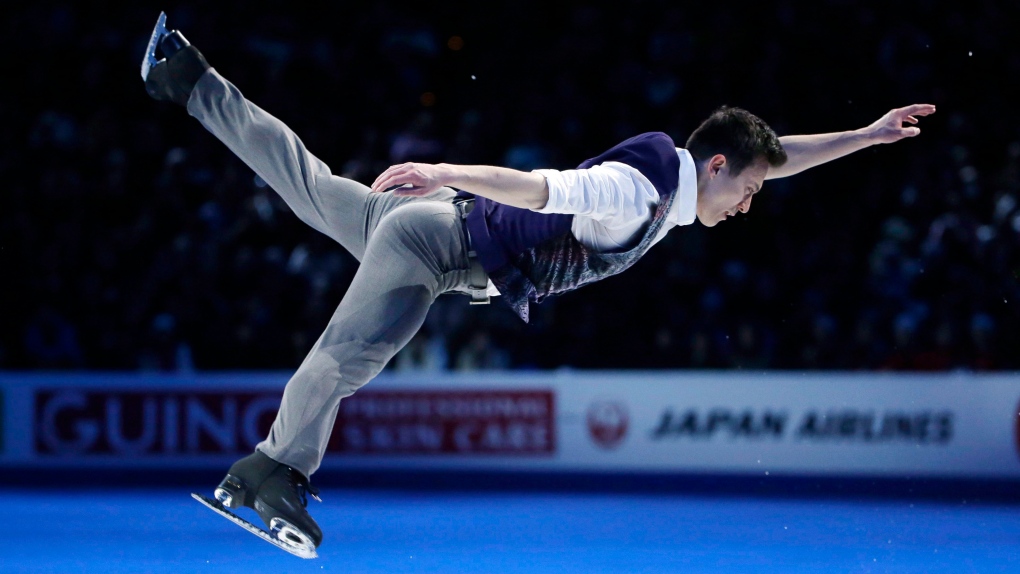 Patrick Chan, of Canada, skates during the exhibition program at the World Figure Skating Championships in Boston on April 3, 2016. (AP Photo/Steven Senne, File)

Maxim Kovtun of Russia scored 88.26 in the short program to lead heading into Sunday's free skate, while American Nathan Chen is second with 87.50. Chan, who stumbled out of both his quad jump and triple Axel, scored 84.59.

"Not a great skate," Chan said about his season debut. "But the reason I came here was to get comfortable skating in an international event again. There's a lot of new things happening and the energy on the ice before the program was all different for me."

The men's free skate is Sunday.