Osaka loses to Zhang, Gauff quits with injury at Cincinnati

Osaka loses to Zhang, Gauff quits with injury at Cincinnati 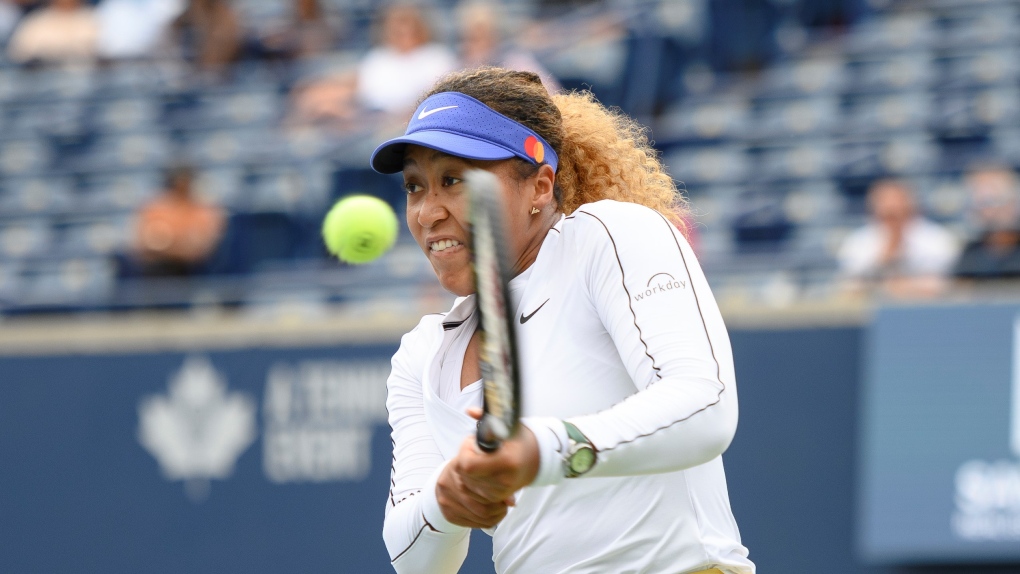 Naomi Osaka, of Japan, returns the ball during a match against Kaia Kanepi, of Estonia, during the National Bank Open tennis tournament in Toronto, on Tuesday, Aug. 9, 2022. THE CANADIAN PRESS/Christopher Katsarov
MASON, Ohio -

Four-time Grand Slam champion Naomi Osaka was eliminated by Shuai Zhang, 6-4, 7-5, in the first round of the Western & Southern Open on Tuesday.

The tournament outside Cincinnati lost another big name, Coco Gauff, when she retired from her match against qualifier Marie Bouzkova with a left ankle injury. Gauff had her ankle taped after the first set and dropped out after the first game of the second set.

The marquee match scheduled for Tuesday night at this hart-court U.S. Open tuneup was Serena Williams against Emma Raducanu, last year's champion at Flushing Meadows. Williams announced last week that she is transitioning away from tennis, although she has not said explicitly that the U.S. Open will be her last tournament.

Rafael Nadal, sidelined since withdrawing from Wimbledon with an abdominal tear, practiced before a large crowd. The 22-time Grand Slam champion is scheduled to play a second-round match on Wednesday.