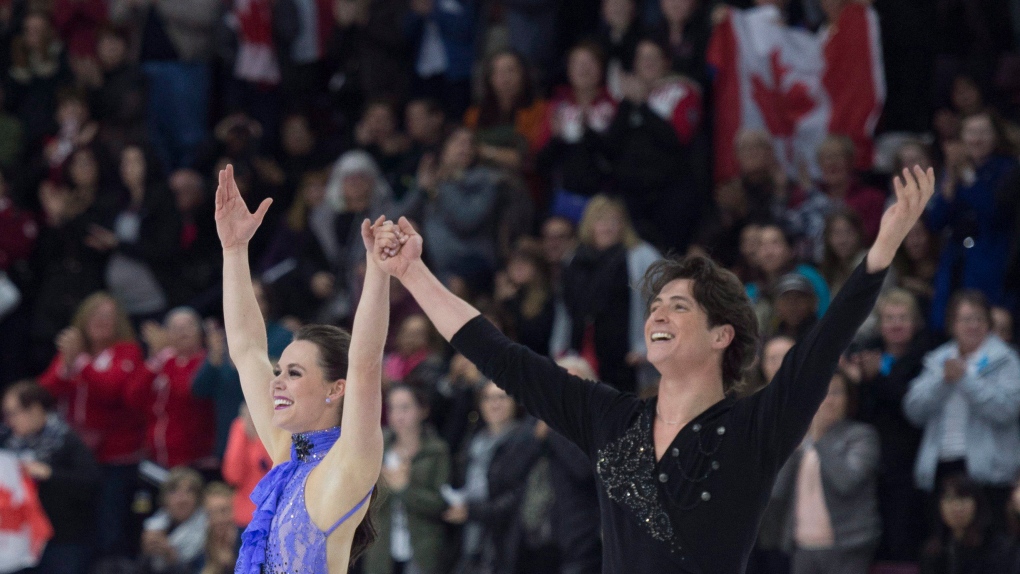 The Olympic gold and silver medallists won the short dance on Friday, more than two years after their last major competition.

Skating to music by Prince, Virtue and Moir scored 77.23 points, and take a one-point lead over Americans Madison Chock and Evan Bates into Saturday's free dance.

Virtue, from London, Ont., and Moir, from Ilderton, Ont., stepped away from competition after the 2014 Sochi Olympics, and have their sights set on gold at the 2018 Games in Pyeongchang.

And Kaetlyn Osmond, a 20-year-old from Marystown, N.L., is second after the women's short program.